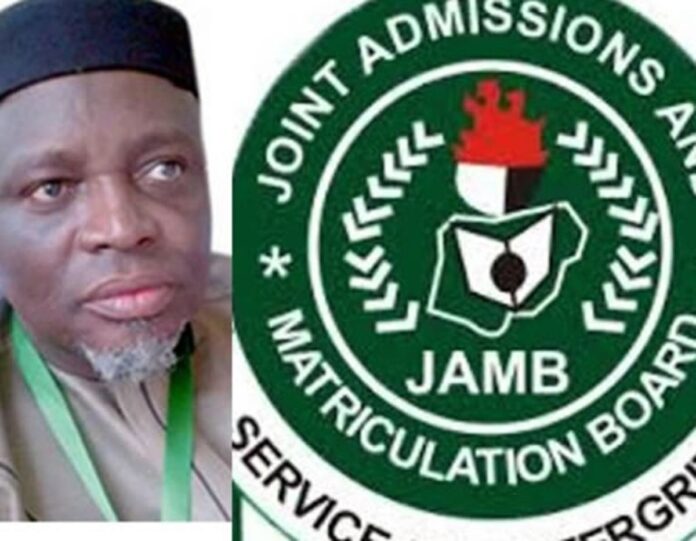 The Directorate of Baptist Mission Schools has reacted to an earlier report claiming that it charged more than required for Unified Tertiary matriculation Examinations (UTME) registration exercise.

Following the report of alleged extortion by the management of Baptist Girls School, Obanikoro, the school authority has countered the report making the rounds that parent of the students in its  institution are aware of the charges.

Speaking to journalists in Ibadan the principal of the school, Mrs Eniola Okudegbe stated that the institution school pays 4,700 for UTME registration and and not 4,000/as claimed by JAMB and N3,200 is meant for logistics which include transporting the students for registration, conducting mock examination for students and refreshment.

“While the girl was ‘correct’ to have said the school collected N8,000, the undeniable fact was that the whole money was not meant for Registration. Here, Prof. Oloyede did not allow the teacher to explain the breakdown. Rather, he was publicly muscled and emotionally debased. One is even tempted to ask: Is the teacher the Spokesperson of the school? This is not in the interest of the teacher’s psychology and the school’s public image as Prof. Oloyede took delight in disparaging Baptist Girls Academy. It is also not-too-good for the JAMB Registrar to have made the poor girl to have confronted her teacher before the barrage of cameras. One, the poor girl would not want to continue to savour the memory. It was a bad one for her. The psychology of the teacher was also debased given the sociopsychological web (created by the action of the JAMB Registrar) between him and his girl-student.”

Mr. Tide Olalere Director Baptist mission school claimed that the parent willingly paid the extra charges and maintained that the school cannot be blackmailed as it maintains its integrity.

According to Directorate of Baptist Mission Schools,  Prof Ishaq Oloyede assumed the role of a ‘prosecutor and judge’ against the defenceless teacher, Mr. Kayode Oloyede of Baptist Girls School, Obanikoro who was on a scheduled assignment, saying some elite schools in the country are compromising its admission process by collecting illegal examination fees from students for their Unified Tertiary Matriculation Examination ( UTME).

“The School, Baptist Girls Academy did not charge N8000 for JAMB Registration as alleged by Prof. Oloyede. The breakdown of the charges that amounted to the alleged monetary infraction is as follows:

“Let me make it clear that the alleged money in excess of what the Registrar alluded to was charged with the consent of the parents through the Parents Teachers’ Association platform. Ours is a private school not funded by the Government. The question is, who pays for services to be rendered when such charges are not part of the termly school fee regime?

“Beyond what Prof. Oloyede made the public to believe by singling out one of the Baptist Mission Schools, it is in the public domain that other private schools in Nigeria charged fees that ranged between N10,000 and N25,000 (depending on services that will be provided during the examinations for the student). If the Registrar is in doubt of this, he is at liberty to deploy intelligence in this regard. What then is the fuss about Baptist Girls Academy?”