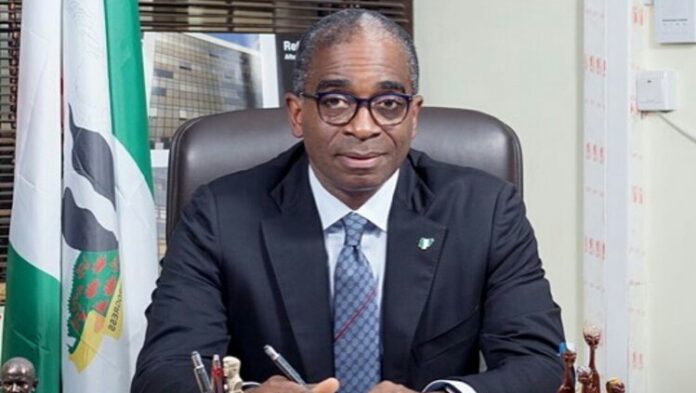 In 2016, Awolowo launched the Zero Oil Plan an economic blueprint for Nigeria to boost non-oil exports, among several others.

Through this flagship initiative Nigeria has been able to scale up the export of non-oil products, with NEPC collaborating with other government and agencies and stakeholders to step up production, processing and export focusing on 22 priority products boosting Nigeria’s non-oil revenue.

In a recent report the Minister of Finance, Budget and National Planning Mrs. Zainab Ahmed stated non-oil revenue has grown to N1.15 trillion, representing 15.7% above target rate in response to the Federal Government’s efforts at diversifying the nation’s economy.

The thrust of the Zero Oil Plan, according to Mr. Awolowo, is “Nigeria must survive in a world economy where she no longer sells oil, and that was the audaciousness of the plan. If Nigeria is not selling oil, what will Nigeria do,what else can Nigeria sell to the world?”

He says that new exported goods “create enough jobs and private wealth to improve the quality of life in Nigeria.

Under his tenure, as Secretary to the Steering Committee he successfully implemented the N50 billion Export Expansion Facility Programme (EEFP) a facility under the Federal Government’s N2 Trillion Economic Sustainability Plan which activated the Export Development Fund (EDF) for the first time in decades to over 2000 small and medium enterprises (SMEs) and medium and small enterprises (MSMEs) to enhance their ability to undertake export business to recover from the impact of COVID-19. Over 80% of the Export Expansion Facility has been disbursed to beneficiaries across seven Workstreams to transform the non-oil ecosystem.

Mr. Awolowo considers his biggest achievement to be “energizing the critical sectors of the economy to increase non-oil production and increase productivity to take advantage of the market out there for Nigerian exports globally.”

In his tenure Mr. Awolowo has collaborated and coordinated with the Organized private sector, development partners, International Agencies State Government’s and National Ministries Departments and Agencies to enhance the growth of non-oil exports and the government’s Ease of Doing Business initiative.

“I have been a ‘meddlesome interloper’ in many more ways than one because I go from ministry to ministry, agency to agency trying to drive this,” Mr.Awolowo said in a recent interview, to underscore his singular commitment to the Zero Oil Plan initiative and penchant for galvanizing stage governments, the organized private sector and all other categories of investors to enhance their productivity.

Mr. Awolowo studied law at the Ogun State University, Ago-Iwoye. Upon completion of his law school programme, he joined the firm of GOK Ajayi and Co.Olusegun Awolowo exits the NEPC as a consummate Administrator, Leader and visionary who worked tirelessly to showcase the potential, vibrancy and growth of the Nigerian oil sector as a veritable means to diversify the country’s economy and create and save jobs.

Dr. Ezra Yakusak, the current Director of Policy and Strategy Department of the NEPC has been appointed by President Muhammadu Buhari to succeed him effective 27th November, 2021. Dr. Ezra holds a PhD in Industrial Regulation from the Ahmadu Bello College, he previously served as Secretary to the Governing Board of the Council.