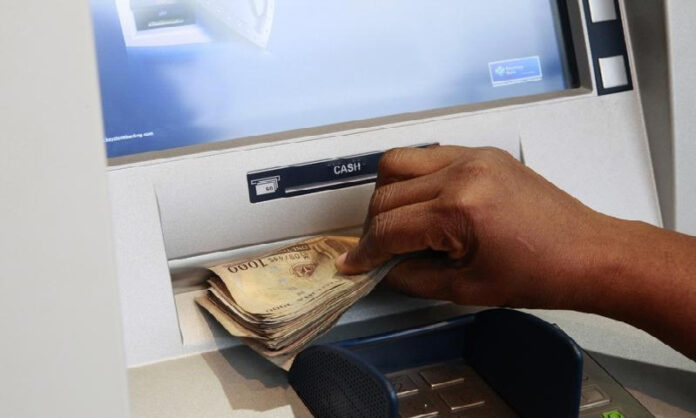 The value of Automated Teller Machine (ATM) transactions, on quarterly basis dropped by N67 billion to N4.82 trillion in the fourth quarter of last year (Q4’20) from N5.49 trillion in the previous quarter, Q3’20.

Stakeholders in the banking sector have attributed the decline to impairment in income, loss of job, problems due to the negative impact of COVID-19 pandemic, recession and problems associated with ATM terminals cash dispenser error.

But further analysis of data from the National Bureau of Statistics, NBS’ Selected Banking Sector Report showed that on yearly basis, value of ATM transactions grew by 192  per cent to N4.82 trillion in Q4’20 from  N1.65 trillion in Q4’19.

The President Bank Customers Association of Nigeria (BCAN), Dr. Uju Ogubunka said, “The decline in the value of ATM is a result of these four factors.

“One is the impact of COVID-19 on the economy which has impaired income and created loss of jobs leading to a high employment rate. ‘‘Another factor is recession.

“We are still in recession. You can see that the inflation rate is rising and the country’s growth rate is not improving. ‘‘Problems associated with ATM such as dispense error, fraud among other things are factors that led to the decline in value of ATM transactions in Q4’20.

“If there is no reversal in the trends I mentioned earlier there will be continuous decline in the value of ATM transactions.”

On his part, President Association of Mobile Money and Bank Agents (AMMBAN) said:, “The reason for the decline in value would be that more people were able to use or adopt other alternative channel asides ATM.

“Also another factor is that we now have many businesses that accept alternative  channels for payment asides cash. This means that the need for probably high end transactions has declined drastically. It means that those who use the ATM are those who probably just need money to stay fluid than liquid may be for the weekend.

“In terms of volume, usually in the fourth quarter of the year activities would be on increase month upon months, the festive season, followed by month of the year and usually towards this period, we have more transactions going on like that.

“Another factor is the state of the economy. People don’t have as much to withdraw. They are only limited to what is available in their account.”

Naira at I& E FX market trades flat amid holiday