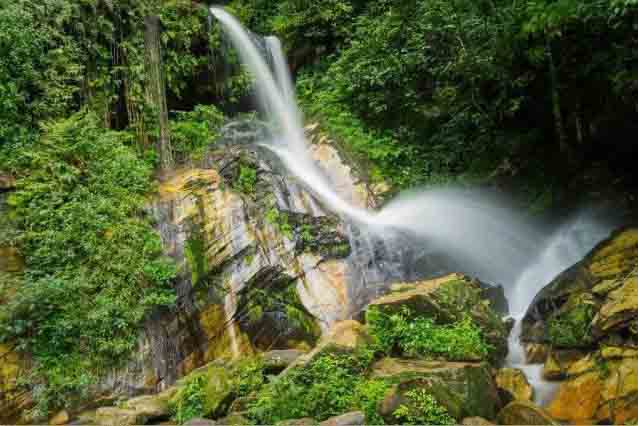 ROAG International Consult, the concessionaires for Arinta Waterfall, says that the ongoing facelift of the ancient tourist site in Ekiti will be completed before Christmas to attract more tourists during the festive season.

Chief Executive Officer of the company, Agboola Oluwafemi, told the Newsmen Wednesday in Lagos that the facelift would preserve the natural state of the tourist site.

According to him, certain infrastructure like pedestrian bridges, staircase and others will be put in place within the site to enable the physically challenged move around with ease.

Reports state that Arinta Waterfall is located in Ipole-Iloro, a village in Ekiti State. The site is suitable for hiking, picnicking, mountaineering, swimming, family reunion, study and more.

“We are supposed to complete the first phase of the face-lift in December when the bush bar, security post, toilet facilities, the pedestrian bridges and staircases will be ready.

“We want to have a bush bar where both local and international tourists could gain access to local food like pounded yam, bush meat, palm wine and this will also accommodate modern cuisines.

We are putting the physically challenged persons into serious consideration while we work on face-lifting Arinta Waterfall, we don’t want them to be left out in the fun there,” he said.

Oluwafemi described the Arinta as the most beautiful waterfall in Nigeria due to the uniqueness in its features as it had seven stages and the water flows on each stage differently.

He said that during the second stage of facelift, which will commence in January 2022, a study zone would be created where scholars could carry out their research work exploring the serene ambience.

He noted that other modern facilities like swimming pool, playground for children would also be added to attract individuals of various age groups to the site.

Agboola hinted that a cave had been discovered just beside the waterfall, adding that the cave appeared attractive as it shines out to visitors.

He said that the services of the archeologists had been contracted to examine the cave properly so that it could be open to tourists to explore.

Also, Omojola Abiola, Chief Tour Guide to Arinta Waterfall, disclosed that the waterfall was discovered by a hunter, 500 years ago.

Abiola noted that the hunter was known as Olota who got inspiration from his name to also name the waterfall “Arinta”.

He attested to the therapeutic effect of the water at the waterfall.

Why I dropped out of school – Portable