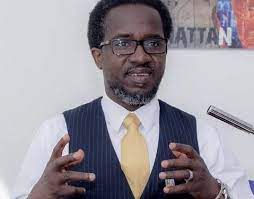 The National Chairman, All Progressives Congress (APC) in the Scandinavia countries, Mr Ayoola Lawal says a National Dialogue is urgently needed based on current realities in Nigeria .

Lawal in a statement on Sunday in commemoration of Nigeria’s Democracy Day held on Saturday, June 12, said that Nigeria needs an engaging  talk to critically examine and settle its differences.

“As Nigerians home and in the diaspora celebrate Democracy Day, we wish to state that there is also need for a sincere and holistic approach to the constitutional amendment by the National Assembly of Nigeria.

“The National Assembly (NASS)  should be careful if they don’t want all their energies to be in futility because of the inherent fraud in the 1999 Constitution.”

He said that all things being equal, the NASS  should have expanded the scope and spread of the constitutional amendment zonal centres to make it more inclusive and engaging.

“It seems the National Assembly is still downplaying and treating the amendment with kid gloves which is also urgently needed to tackle many issues that affect the nation’s development and progress.

“We had expected a complete jettisoning of the 1999 constitution that was claimed to be deliberately crafted and fraudulently imposed upon us by the military for a truly people’s constitution.”

Lawal pointed out that limiting the zonal hearing centre in each zone to two each was  not quite adequate, given the number of local government areas across Nigeria and with a diverse group with their grievances.

“At least it is a welcoming development that the national assembly allows for their constituencies’ inputs as basic input for the legislative action for the amendment.

“However, we pray that the national assembly reviews approach of the 1999 constitutional can fix the inalienable imperfections in our constitution,” he said.

The APC Scandinavia chairman, however, urged Nigerians to exercise more patience and be more supportive of the system, saying that despite all odds and challenges, the nation’s democracy had come to stay and must be preserved.