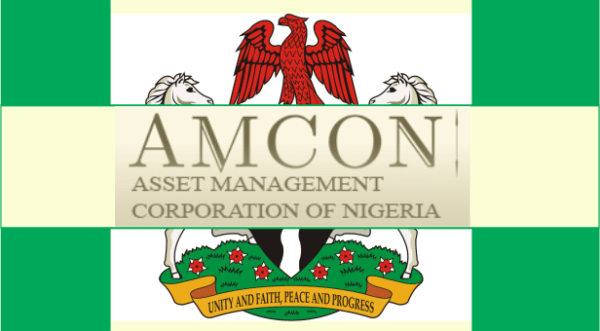 The Asset Management Corporation of Nigeria (AMCON) has received a sum of N125.9 billion from twelve commercial banks listed on the Nigerian stock market as part of the Sector Resolution Funds in the first quarter of 2022, analysis shows.

According to the data collected from the financials of the listed banks, AMCON bank charges increased by 29.5% from N97.18 billion paid in the corresponding period of 2021 to N125.9 billion in the review quarter.

The twelve banks are Access, GCMB, Fidelity, FBN, GTCo, Stanbic IBTC, Sterling, UBA, Union, Unity, Wema, and Zenith Bank. The increase in AMCON charge is attributed to the impressive rise in the total assets of the banks. Notably, in the first quarter of 2022, the aggregate total assets of the banks stood at N61.23 trillion, representing 5.29% increase compared to the beginning of the year.

In the previous year, the total assets of the twelve banks had increased by a whopping N8.75 trillion, largely due to increased customer loans.

The fund is part of the requirement of the AMCON (Amended) Act 2015, which mandates banks to make contributions to a fund established by the Asset Management Corporation of Nigeria Act, effective from January 1, 2013.

Banks are required to contribute an equivalent of 0.5% of their total assets plus 0.5% of all contingent assets as of the preceding year-end to AMCON sinking fund in line with existing guidelines. This contribution is for a period of 10 years from 2013, it is non-refundable and does not represent any ownership interest.

A cursory look at the data from Nairalytics shows that the twelve banks have paid in excess of N1 trillion to AMCON between January 2017 and March 2022. It is worth noting that the charge is sometimes expressed as Sector Resolution Fund, AMCON sinking fund, or part of regulatory costs

First Bank Holdings paid the highest as AMCON charges in Q1 2022 with N29.1 billion, an 89.6% increase compared to N15.33 billion paid in the corresponding period of 2021. This is following a 3% increase in its total asset to N9.21 trillion as of the same period. The holding company have paid over N207.49 billion to AMCON in the last five years

Second on the list is Access Bank, with N26.69 billion, representing a 26.8% increase from N21.04 billion paid in Q1 2021. This is no surprise considering that Access Bank is also the largest commercial bank in the country based on total assets at N12.1 trillion as of March 2022/

Zenith Bank followed with a N21.4 billion AMCON payment, which is 12.8% higher than the N18.96 billion paid in the considering period of the previous year. Its asset is stated to stand at N10.52 trillion, the second-largest bank by asset. Zenith Bank has paid N151.63 billion in AMCON charges in the past five years.

GTCo and Stanbic IBTC followed in the list with N11.64 billion and N8.71 billion respective payments in Q1 2022, while their total assets stood at N5.49 trillion and N3.09 trillion.

AMCON was established in 2010 to buy the Non-Performing Loans (NPLs) of Nigerian banks to stabilise the banking system and is currently being funded by a combination of loan recoveries, contributions from the Central Bank of Nigeria (CBN), sale of assets pledged, and a sinking fund levied on the banks.

The rising bad loans and the need to save the banking industry from imminent collapse prompted the federal government to set up AMCON in 2010 with a 10-year mandate. The AMCON Act 2019 (Amended) grants the corporation more powers to recover bad debts from obligors.