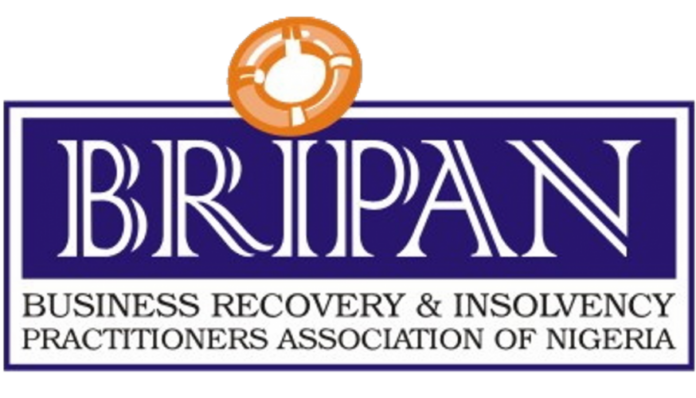 The Business Recovery and Insolvency Practitioners Association of Nigeria (BRIPAN), on Monday, met with the management of Asset Management Corporation of Nigeria (AMCON) on improving the insolvency practice and licensing in the country.

The President of BRIPAN, Ayodele Akintunde, SAN, who led the delegation to AMCON office in Abuja, said the agency had done a good job in trying to stabilise the banking system by ensuring that debts are taken care of.

“The debt recovery regime in Nigeria is still a work in progress such that law reform, training and necessary support are needed to ensure that recovery of debt and sales of assets are easily achievable,” he said.

He said the idea of the visit was to partner with the agency towards improving the insolvency practice and business rescue mechanism available in Nigeria.

Akintunde said it was also to improve the training of insolvency practitioners.

The Managing Director  of AMCON, Ahmed Kuru, said that the corporation had recovered a debt of N1 trillion since inception “and has anchored a lot of businesses that are presently running.”

Kuru said that the corporation had resolved more than four to five thousand business relationships.

He explained that the organisation is not a hospital where if businesses fail, you just walk in and AMCON takes over.

According to him, that is a very wrong impression of the corporation.

“We don’t take, have not taken and will not take any case like that. AMCON is still battling with the ones taken during the global financial crisis.

“AMCON has been able to resolve quite a lot of those transactions and in doing that, it has recovered a lot of funds,” he said.

Also in a visit to the Corporate Affairs Commission (CAC), Akintunde said the essence was to engage with the Registrar-General and his executive team to explore further areas of cooperation.

“As you all know, CAC is a regulator of insolvency practice in Nigeria.

Reacting, the Registrar-General, Alhaji Garba Abubakar, who welcomed the delegation, assured of his support for the association in the improvement of insolvency regime in Nigeria.