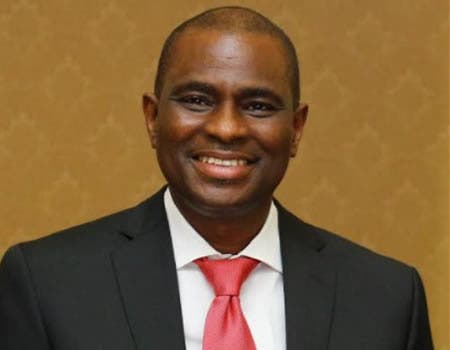 This follows the notice of retirement given by the current Managing Director and Chief Executive Officer, Raghunath Mandava, to the Board of the telecoms firm.

This disclosure is contained in a statement sent by Airtel Africa to the Nigerian Exchange Limited  (NGX) and signed by its Group Company Secretary, Simon O’Hara. The statement said that Ogunsanya who is presently the Chief Executive Officer of Airtel Nigeria would join the Board of Airtel Africa with effect from Oct. 1, 2021.

The statement from Airtel Africa reads, “Segun Ogunsanya joined Airtel Africa in 2012 as the Managing Director and CEO Nigeria and has been responsible for the overall management of its operations in Nigeria, the largest market in Africa.

“Segun has more than 25 years of business management experience in banking, consumer goods and telecoms. Before joining Airtel in 2012, Segun held leadership roles at Coca-Cola in Ghana, Nigeria, and Kenya (as the Managing Director and the Chief Executive Officer) before joining Airtel.

“He has also been the Managing Director of Nigerian Bottling Company Ltd (Coca-Cola Hellenic owned) and Group Head of retail banking operations at Ecobank Transnational Inc, covering 28 countries in Africa. He is an Electronics Engineer and also a chartered accountant.

“Raghu Mandava will be retiring as Managing Director and Chief Executive Officer, as a Director of Airtel Africa and as a member of the Market Disclosure Committee on Sept. 30, 2021.”

After his retirement, Mandava is expected to be available to advise the Chairman of Airtel Africa, Mr Bharti Mittal, and the Managing Director/Chief Executive Officer for a period of 9 months.

Chairman Airtel Africa, Mr Bharti Mittal was quoted by the statement as saying that the company was delighted to appoint Ogunsanya as the next Group Chief Executive Officer.

Mittal said Ogunsanya had displayed significant drive and energy in turning around the Nigeria business by focusing on network modernisation, distribution, and operational efficiency.

He said, “It is this commitment, together with his industry experience, strategic vision, constant customer focus and proven record of delivery that will enable him to continue to deliver our strategic objectives and to lead the Group in the next stages of its development.”

Mittal also commended Mandava for being instrumental in successfully leading and transforming Airtel Africa into a powerhouse telecommunications and mobile money company.

The elevation has received plaudits from President Muhammadu Buhari, who says the flag of Nigeria has been hoisted proudly across the African skyline once again.

The Special Adviser to the President, (Media and Publicity), Femi Adesina in a statement on Thursday stated that Buhari, in  congratulating Ogunsanya, said the appointment has once again proven that Nigeria has a surfeit of quality professionals, who can hold their own in any part of the continent, and even beyond.

According to the statement, “Buhari is sure that, with the cognate experience of the new MD/CEO for Africa, which spans consulting, banking, fast moving consumer goods, and telecommunications, he would acquit himself creditably in his new role, and repeat the strides that made him position Airtel Nigeria as the second largest telecommunications company by revenue, serving over 50 million customers.

“He urges younger Nigerians to draw inspiration from Ogunsanya, saying with focus, dint of hard work, and resourcefulness, they would reach the peak of whatever careers they have chosen for themselves.

“The new Chief Executive Officer, an electronics engineer and chartered accountant, joins the board of Airtel Africa Plc from October 1, 2021.

“The reward for hard work is more work,” says Buhari, as he wishes Ogunsanya greater successes ahead.