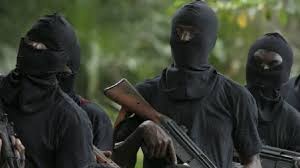 One Pharma cist, Israel Bamisaye and others whose identities are yet unknown have been reportedly abducted by unknown gunmen along Orin-Ekiti, in Ido/Osin Local Government Area on Wednesday.

An eyewitness who reported the case to the Olorin of Orin-Ekiti, HRM Oba Olufemi Ajibade said the Pharmacist was working on his farm when the gunmen kidnapped him.

The Olorin of Orin-Ekiti, Oba Olufemi Ajibade condemned the incessant case of kidnapping in Ekiti State and thereby called on the government and all relevant security agencies to rid the state off criminal elements threatening the masses and secure the release of the kidnapped victims unhurt.

He begged the government to be alive to its responsibilities of providing adequate security to lives and properties of her citizens.

Confirming the incident while speaking with Nigerian NewsDirect in Ado-Ekiti, DSP Sunday Abutu, the Ekiti State Police Public Relations Officer said his men would ensure the safe release of the victims.