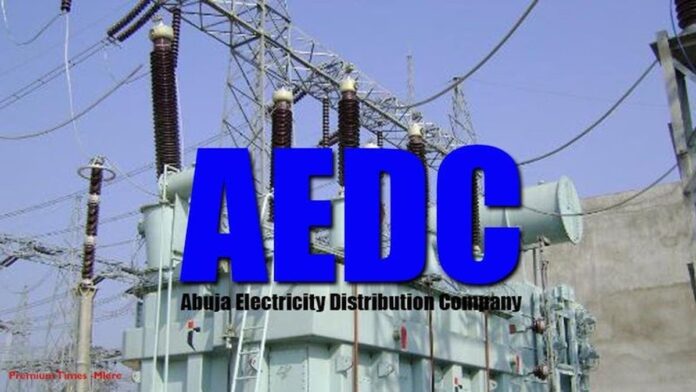 Mr Donald Etim, the AEDC Chief Marketing Officer, said this in a statement issued in Abuja on Friday.

“The AEDC wishes to inform our customers in Kogi, Niger, Nasarawa and the FCT that the current low and unstable supply of electricity to homes and businesses is as a result of low power generated to the national grid.

“In recent weeks, the level of power generated and served to the national grid for onward delivery to customers has been abysmally low.

“However, we will do our utmost at all times to ensure that we equitably distribute even that modest supply in such a way that a fair cross section of customers are served,

“AEDC knows full well the place and role of electricity to life, economy, and security,’’ he said.

According to Etim, we are deeply committed to working collaboratively with other stakeholders within the Nigerian Electricity Supply Industry (NESI) to identify and resolve the challenges within the sector.

He said the cause of the latest low generation has been identified and was being addressed.

Etim recalled that the Minister of Power, Mr Abubakar Aliyu had raised the issue of poor power generation at the weekly State House ministerial briefing on Thursday.

He quoted the minister as saying “the erratic power supply currently being experienced in Abuja and other parts of the country is caused by low water level in the hydro power stations.

“With the reduction in water levels at the hydro power stations during the dry season, there is the need for additional load to be taken up by gas plants.

“The challenges in repairs currently being done on generators are responsible for the load shedding and power outages.

“The minister said that the Federal Government was carrying out maintenance in the eastern axis around Odukpani leading to reduced power supply from the usually reliable Niger Delta Power Holdings Company of Nigeria (NDPHC) Calabar Power Plant.

“We are having challenges at Okoloma Gas Station linked to Afam VI power plant.’’

The minister had said that the Federal Government was working  with the NNPC and other gas suppliers also to improve the pressure on the Western Axis, adding that this precludes units from reaching optimum supply.

Etim said that AEDC as a company fully committed to enriching their customers experience regrets that the challenge of low generation was beyond AEDC’s direct control.

“We are aware of customers’ plight. We understand the pains of our customers who have suffered untold hardship as a result of this situation. Indeed, we empathise with them.