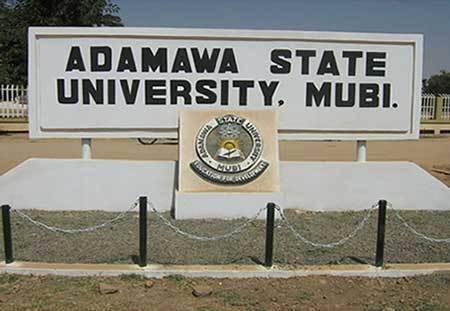 Lumping nine years of convocation together, the Adamawa State University, Mubi, says it will confer various degrees and certificates on 11,625 graduates.

The Vice Chancellor of the University, Prof. Kaletapwa Farauta disclosed this at a Press Conference on the occasion of the 5th to 13th combined convocation on Friday, in Mubi.

She said the convocation ceremony is slated to hold on Saturday, March 13.

“Also, the University will confer the former Governor of Adamawa, Mr Boni Haruna, with an Honorary Degree,” Farauta said.

She further explained that in the years under review, about 21 PhD and over 771 Masters’ Degree holders in various fields and 318 Post Graduate Diploma students graduated from the university.

According to the vice chancellor, the university has secured almost 98 and 100 per cent accreditation status for all undergraduate and post-graduate programmes respectively.

In addition, she explained that the university has secured approval from the National Universities Commission for the establishment of new faculties, departments and programmes.

She said that among the approved programmes are Law and Education, Mass Communication, Banking and Finance, Geology, Biochemistry and Microbiology departments, among others.

On staff welfare, she said management of the university has reviewed its staff development policy which enabled more staff to embark on further studies, workshops and seminars.

“The state government has taken drastic steps in the right direction to reposition the University to attain its lost position of first state-owned university in the North East,’’ she said.