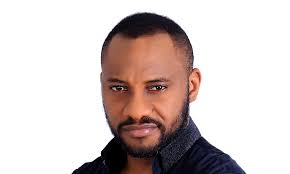 The Veteran Nollywood Actor, Pete Edochie, has openly initiated his son, Yul Edochie, for the 2023 presidential election in the country.

“God Almighty, take absolute control.” In the video, Pete revealed that the endorsement was as a result of constant pleadings from young people asking him to publicly support his son’s political ambition.

“Most of the youngsters have been bugging my phone, asking me to endorse my son that they want him as president and l get amused.

“But they keep insisting daddy, we want Yul to be the president of this country. We like him,” he said.

The veteran actor also expressed confidence and belief that his son possesses the right values and drive to steer the country forward.

“He is disciplined, sympathetic, he believes a lot in people. They have bothered me so much that today, I hereby present him to you.

“He has my blessing and endorsement, any day he decides to veer off from the discipline under which he was raised, l will withdraw my support him.

“It shall be well with you son,” he prayed for him.

He said while he was not interested in politics, he would not hold back his support for any of his children who decided to delve into it.

“But you see, not all your children are bound to follow you, one of my sons, who incidentally is an actor, has decided that he wants to be a politician.

“Since it has been your ambition to go into politics and the desire to run for the presidency of this country, may the good Lord assist you, protect and direct you,” he added.

It would be recalled that in 2017, the Nollywood star, Yul contested for governorship election in Anambra on the platform of Democratic People’s Congress (DPC).

He had maintained during the campaign that he had the support of his family and he was indeed ready for the mantle of leadership.

“Yes my father, Pete Edochie, my mother, siblings and even my wife gave me their full support. So, I’m ready for the task ahead and I am not too young at all,” he said.

Reports state that Yul later joined the Peoples Democratic Party (PDP) in 2018 and would pick the party’s nomination form for the 2023 presidential race.

He began his sojourn into Nollywood in 2005 when he starred in a movie titled, ‘The Exquirers’, alongside  late veteran actors, Justus Esiri and Enebeli Elebuwa.

He made his hit in 2007 after featuring alongside Genevieve Nnaji and Desmond Elliot in the movie ‘Wind of Glory’.