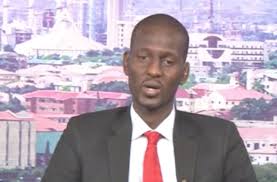 President of the African Beach Soccer Union (ABSU) Mahmud Hadejia has pledged to work with national federations in Africa to establish beach soccer leagues across the continent.

Hadejia made the pledge in an interview with newsmen on Monday in Abuja.

He said ABSU was also working with relevant stakeholders to introduce regional tournaments to further develop the game on the continent.

“We intend to start with the introduction of national leagues, we are taking the issue of the league very seriously.

“Although it is the responsibility of each federation in Africa to run their leagues but we will partner with them to make it a reality,” he said.

He said that the focus for 2021 would be capacity building for coaches and referees apart from competitions lined up.

In Nigeria, he assured of plans to further create awareness and develop the sport in line with international best practice.

He said states like Kebbi already had their mini-league while other states like Kaduna and Lagos have shown interest in running similar leagues to develop talents at the grassroots.

Hadejia commended Kwara for introducing female beach soccer while stressing the need to focus on the female game too.

He expressed optimism on the development of the game in Nigeria and Africa as a whole.