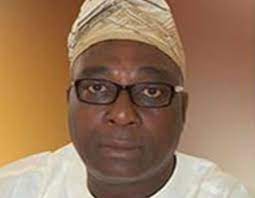 The governor of Ogun State, Prince Dapo Abiodun has sent his condolences to the Director-General of his gubernatorial campaign organization and former deputy governor of the state, Prince Segun Adesegun, over the passage of his mother, Chief (Mrs) Stella Adeyinja Adesegun, on Saturday.

Abiodun said it was with a great sense of loss that he received the exit of the matriarch.

According to a statement by Kunle Somorin, the Chief Press Secretary to the governor, on Sunday, the governor noted that the late Madam Adesegun lived a fulfilled life, saying “but no matter the age, the loss of one’s mom is bound to be painful and emotionally distressing”.

Abiodun described Mama Adesegun as “a quintessential woman of virtue who was privileged to sire great children such as Segun Adesegun, among other successful siblings. This ordinarily gives a sense of fulfillment”.

The governor further observed that Madam Adesegun was not just a Christian, but a mother who  trained her children well and who imparted her disciplined disposition on all of them.

“Mama was indeed a role model and shining example of high morality, courage and integrity. Her memories would continue to fill the hearts of her loved ones and those whose paths crossed with hers”, the statement quoted Abiodun to be saying.

While praying God to strengthen Adesegun, his siblings and the entire family members, the governor also prayed that Almighty grants them the fortitude to bear the loss.

“Accept my sincere condolences that of members of my immediate family and the good people of Ogun State in general, on the demise of the nonagenarian”, Abiodun submitted.