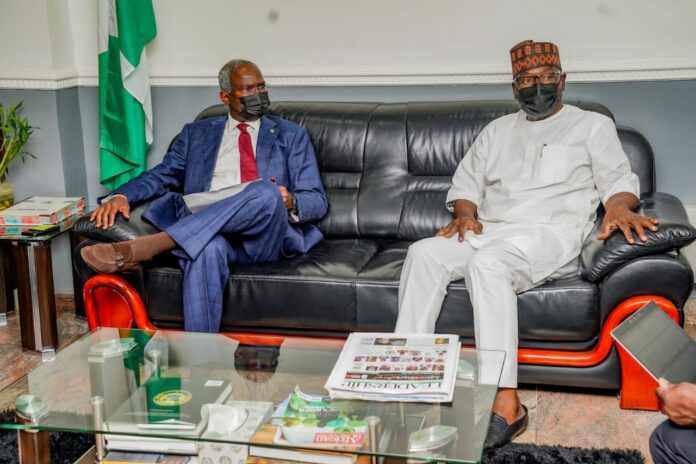 Kwara State Governor AbdulRahman AbdulRazaq on Thursday held a marathon meeting with Minister of Works Babatunde Fashola on the bad state of some federal government roads in the state.

The Governor, who had the Works Commissioner Rotimi Iliasu with him at the meeting, thanked the federal government for its projects in the state and drew attention to the deplorable condition of some of the Federal roads in Kwara.

He appealed to the Minister for the roads to be fixed to ease the burden of the people of the state.

Some of the roads discussed include the Kishi-Kaiama; dualisation of the Eiyenkorin Jebba road, with emphasis on the bad section before Oko-Olowo, Ilorin Kabba Road and others.

The Minister said the requests of the Governor would be looked into, especially as the federal government puts finishing touches on the 2022 budget.

Our biggest headache in fight against terrorists are informants —El-Rufai