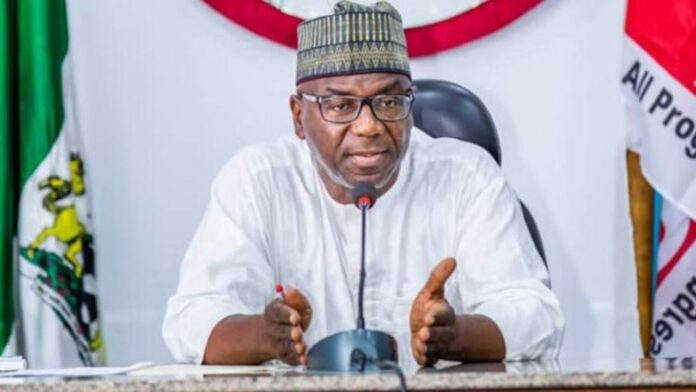 Gov. Abdul-Rahman AbdulRazaq of Kwara on Friday in Ilorin flagged off a training course for the newly-recruited 1,056 Community Police Constables.

AbdulRasaq said the kickoff of the initiative was long due and urged residents of the state to always volunteer timely information and support the police to burst criminal networks before they carry out their unlawful activities.

“This programme is not new all over the world but its implementation at this time is very significant,” he said.

The governor, however, said the success of community policing depended on the society fully backing it.

He stated that police were often a reflection of the society it served and commended security agencies, including the police, for their hard work that has continued to keep the state safe.

“The people are integral to the success of the police. The people will give the information that the police will act on.

“These constables are products of the society and they will operate within the society that they understand. This is the essence of community policing,” he said.

AbdulRasaq further said that the recent US travel advisory exempting Kwara from states considered to have high security risks, testified to exceptional efforts of the police and other security agencies to protect lives and properties.

He urged the security agencies to continue to partner with government in that regard.

He also tasked the new constables on discipline and commitment to duties which he described as the bedrock of policing job.

“Those of you stepping into the community police today have your job cut out for you. You need a lot of discipline to excel.

“Once you are disciplined, other things will fall in place for you,” he noted.

AbdulRasaq also commended President Muhammadu Buhari for keying into the concept which he said would strengthen internal security architecture.

“I commend President Muhammadu Buhari for approving a noble project like this as presented by the Inspector General of Police, Usman Baba,” he said.

On his part, Commissioner of Police (CP) in Kwara, Mohammed Bagega, said the initiative was intended to enhance success in the fight against crime.

“The IGP, through the Police Service Commission, wishes to enhance the fight against crimes through intelligence-led policing.

“Therefore, we need information as these people after graduation will be posted to their respective communities after a month training on security task,” he added.