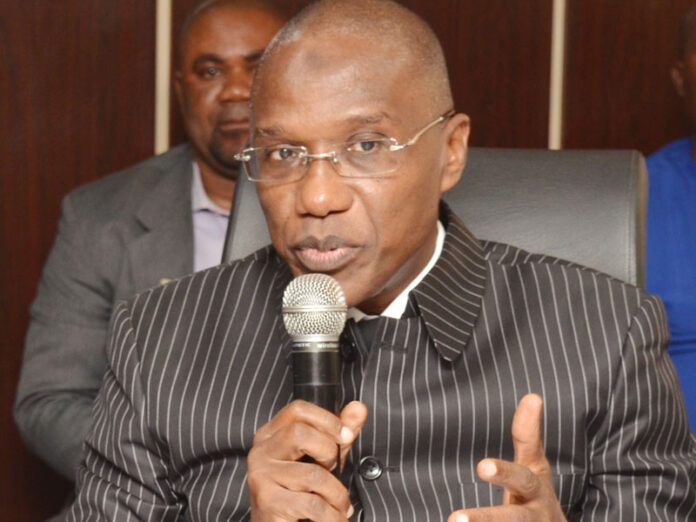 The Assets Management Corporation of Nigeria (AMCON) has said 350 obligors alone account for over N2.05trillion, which is more than 70 per cent of total outstanding amount.

The Corporation also said it has so far recovered about N1.48 trillion out of the N4.15 trillion owed the bank by debtors.

This is as the corporation revealed that it still had 7,902 outstanding obligors with a total outstanding of more than N3.1 trillion to recover due to debt recovery challenges that it is facing.

According to a statement issued by AMCON, this disclosure was made by the Managing Director of the corporation, Ahmed Kuru, on Monday in Kaduna, at the 2021 retreat of the Senate Committee on Banking, Insurance and other Financial Institutions with the management of AMCON.

Kuru in the statement titled, ‘AMCON Debt: Senate pushing for additional cooperation from CBN, NDIC,’ pointed out that 350 obligors alone accounted for over N2.05trillon, which constitutes over 70per cent of the total outstanding amount.

The statement from AMCON partly reads, “The Managing Director/CEO of AMCON Mr. Ahmed Kuru, told the committee that AMCON was strongly battling with its debt recovery activities.

“It was very difficult, particularly given AMCON’s peculiar situation, out of a total of N4.16 trillion, the corporation had so far recovered over N1.48 trillion.

He said despite the efforts of the corporation, the economy and the banking sector were not growing at the expected rate, creating a huge gap in its recovery operations.

Kuru in the statement also said, “All our action is geared towards settling our obligation with the CBN. After recovery and disposal, funds are paid directly into our CBN account.

“Recovery and disposal of assets have so far contributed above N1.27tn towards settling our obligation. The economy and the banking industry are not growing at the expected rate thereby creating a huge gap in our recovery activities.

“At the recovery rate we are currently experiencing; we may not be able to cycle out even in the next five years. Additionally, the interest rate AMCON is shouldering on its bond to the CBN is making it difficult for the recovery rate to grow.”

AMCON, a body established by the Act of the National Assembly of Nigeria in July 2010 with an intended 10 years lifespan, was created to be a key stabilizing and re-vitalizing tool established to revive the financial system by efficiently resolving the non-performing loan assets of the banks in the Nigerian economy.

The Nigerian Senate had in April 2021, passed a bill that strengthens the power of the Asset Management Corporation of Nigeria (AMCON) to recover bad loans acquired from commercial banks.

In the new AMCON Amendment Bill, the agency has been empowered to go after bank debtors and take over assets other than the ones used as collateral to recover the debts.