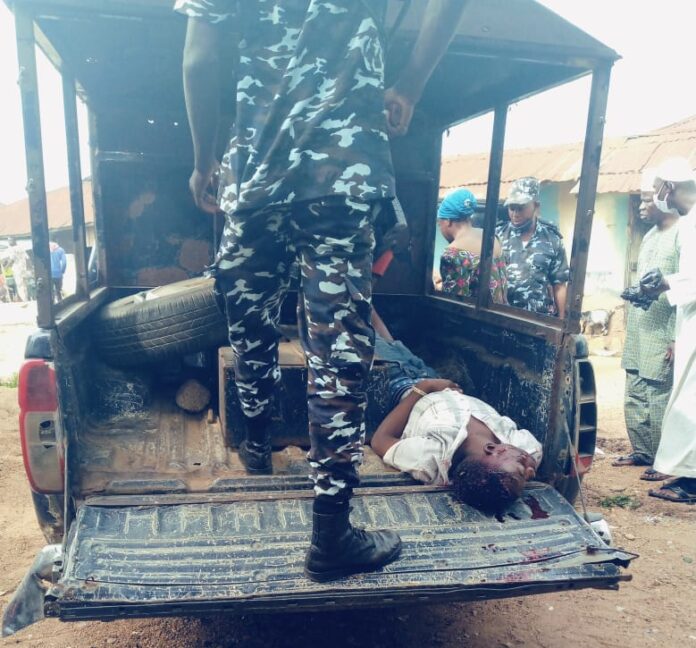 Three suspected cultists have been reportedly killed on Sunday morning in a fresh cult clash in Osogbo.

It was gathered that the attack took place at Kolawole, Allie and Obate areas in Osogbo where it was learnt that the clash was between Aiye and Eiye confraternities.

According to an eyewitness, the cultists engaged in violent attacks on one another around 8am with guns and cutlasses.

A situation which made residents of the area scampered for safety as the cultists shot sporadically while chasing one another around.

The corpses were evacuated by the police around 9:45am, said an eyewitnesses.

Confirming the incident, Police Public Relations Officer, SP Yemisi Opalola said around 10:30am on Sunday, one Nafisat Owonikoko reported at  Oja Ona divisional headquarters that her husband, Sogo has been shot dead.

According to her, Sogo who is also called Marley is suspected to be a member of Eiye confraternity was shot dead at Obate area in Osogbo around 10am.

She said the deceased has been deposited at the LAUTECH morgue in Osogbo.

She also confirmed that one Rotimi Akinwale was shot by suspected cultists around 7:30am on Sunday.

Opalola said the Akinwale was shot at the back and was later rushed to Lautech teaching hospital for treatment before he gave up the ghost.

She said intensive patrol is ongoing to identify and arrest the perpetrators.