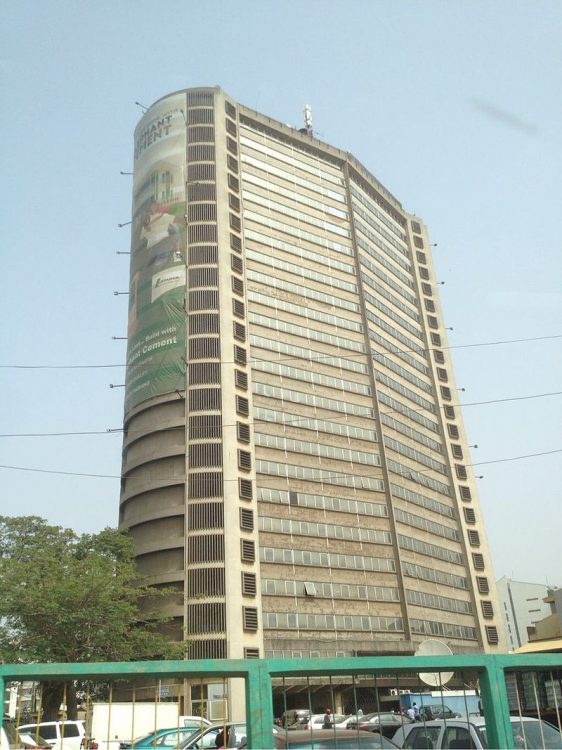 The elevator of the 26-storey Cocoa House in Ibadan, Oyo State, has crashed killing one person and injuring three others.

A statement issued by the Head, Corporate Affairs, Oodua Investment Company Limited, Victor Ayetoro said the incident occurred around 11am on Wednesday.

He said the lift installation team from contractor handling the lift and who were working on dismantling the old elevator in readiness for a new lift installment, while working on the lift suffered a mechanical failure.

He said the said failure resulted in the lift car dropping and crashing into the basement pit.

“Unfortunately, one of the technicians in the team did not survive the incident. Three other technicians suffered minor injuries and have been taken to the hospital for check-up/treatment,” Ayetoro said.

According to him, the head office of the company had been informed and that their representatives had arrived to take charge of the situation while the police had also been informed