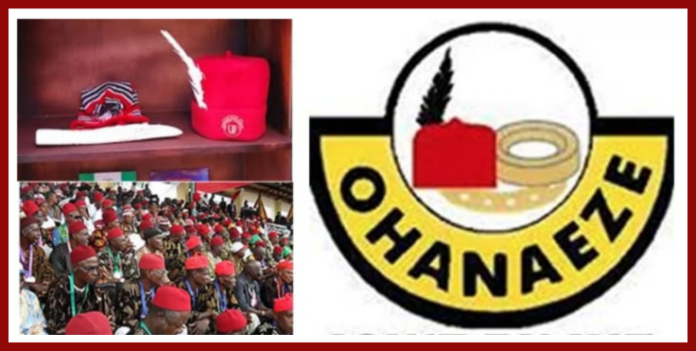 Ohanaeze Ndigbo Worldwide, the Igbo apex socio-cultural organisation, says it has not chosen a preferred presidential candidate ahead of the 2023 general elections.

South-South Zonal Coordinator of Ohanaeze youths, Mr Chinedu Arthur-Ugwa, said this in a release which he signed and made available to newsmen in Owerri on Tuesday.

Arthur-Ugwa said that the organisation would make its choice of presidential candidate known in due time if it became necessary.

He further said that the Ohanaeze’s choice of presidential candidate would not be influenced by ethnic and religious sentiments but would be strictly on merit, charisma and capacity of the candidates.

“When it becomes necessary that we choose one and we so do, we’ll make our preferences public.

“We therefore call on members to avoid the temptation to submit to any form of inducement, financial or otherwise in the name of Ohanaeze. This is distasteful as it is unacceptable. As an organisation, our dignity is sacrosanct,” he said.

He noted that prominent Igbo leaders such as the National Women Leader of Ohanaeze Ndigbo, Mrs. Rita Daniels, had also warned youths not to convert the upcoming general elections into a money-making venture.

According to him, anyone found guilty of collecting money on behalf of Ohanaeze would be properly dealt with in line with laid down procedures.