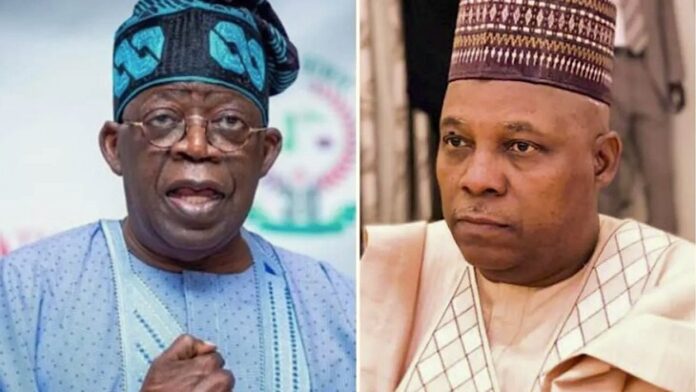 …Choice based on capacity not religion — Dep. National Youth Leader

The ruling All Progressives Congress (APC), ahead of the general elections in 2022, has selected the duo who would lead the campaign team for its candidate, Asiwaju Bola Ahmed Tinubu and running mate, Kashim Shettima.

According to sources, after a meeting between Tinubu, Shettima and the Progressive Governors Forum (PGF) in Lagos, it was agreed that Lalong would be announced as the DG to pacify the Christian community and woo aggrieved Northern Christians.

Reacting to the appointment of Lalong and Oshiomhole as the Director General and Deputy Director General for Tinubu/Shettima Campaign respectively, the Deputy National Youth leader of APC, Jamaludden Kabir, said the duo were chosen based on their capacity and not an attempt by APC to placate the Christian community as well as the disgruntled members of the party.

Speaking with Nigerian NewsDirect, Kabir said Lalong and Oshiomhole are game changers and he has no doubt in their ability to lead APC to victory come 2023.

“I want to appreciate the leadership of His Excellency, Senator Abdullahi Adamu, our presidential flag bearer and our vice presidential candidate for taking such a decision.

“If you refer back to the position of Lalong, you will recall vividly that he’s currently the chairman APC Northern Governors Forum, Aso occupying that position with all the other Northern State governors, it mean he’s capable and qualified. He has been chosen because his capacity has been tested and that was why he was considered to occupy that position.

“So, he was chosen based on capacity not because he’s a Christian or because APC is trying to appeal to the Christians. And in APC, it doesn’t matter whether you are a Christian or you are a Muslim. What we believe is, APC is APC and every member has equal right.

“Adam Oshiomhole is a man of experience, right away from day one, his life is all about struggle. He was the Labor Union chairman, he was twice a state governor, he was the party national chairman. And he has done well during his time. You will believe that choosing him to serve as campaign Deputy Director alongside Lalong is what will give APC victory because both of them have proven their capacity.

“These are people of capacity, I believe they can deliver at any time you wake him up, he will give you statistics. Adam Oshiomhole will identify areas where APC is lagging behind and work towards ensuring that we are fit and ready to compete with any party.

“Already, APC is the largest political party in Nigeria and I believe they will strengthen it. Their campaign will be focused in the right direction and take the right shape. They are game changers and men of experience,” he said.