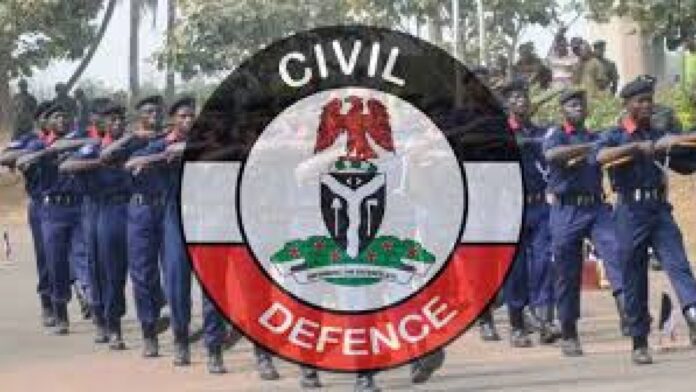 The Yobe Command of the Nigeria Security and Civil Defence Corps (NSCDC) has pledged to provide support for the Independent National Electoral Commission (INEC) towards a hitch-free 2023 general election.

The State NSCDC Commandant, Mr. Sa’idu Aliyu, stated this when he hosted the state INEC officials on a courtesy visit in his office on Thursday in Damaturu.

Aliyu said that the command would make adequate security arrangement before, during and after election to ensure that it was credible.

“I want to say that we are ready to apply all arsenals needed to provide security and safety for the election in the state,” he said.

Speaking, Alhaji Abatcha Bukar, the state INEC Administration Secretary, applauded the command for its role in ensuring smooth conduct of the 2019 general election.

He solicited for continuous support of the command for a successful 2023 general election.

Bukar presented a document containing the summary of registration areas and polling units in the state for the 2023 poll, to Aliyu for guidance.