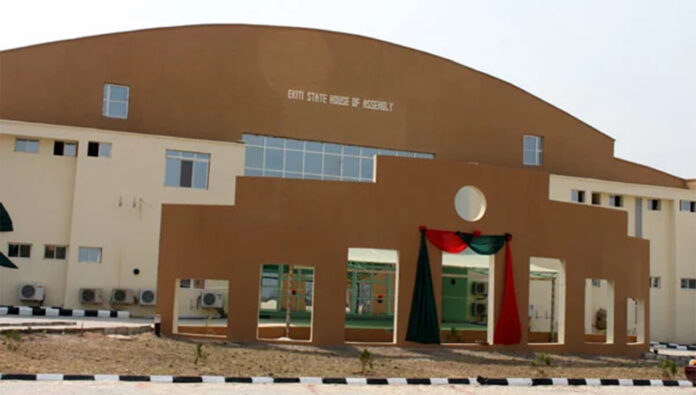 Chairman, Ekiti Assembly Committee on Finance and Appropriation, Mrs Olubunmi Adelugba, has charged officials in the state Ministries, Departments and Agencies,(MDAs) to intensify efforts at increasing revenue in various establishments.

Adelugba made the call on Thursday, during the defence and sensitisation on the 2022 proposed Appropriation bill at the Ekiti House of Assembly’s complex, Ado-Ekiti.

Adelugba who represents Emure Constituency, harped on the need for government officials to take seriously, affairs of their establishments, as if it was their private businesses that must not crumble.

The lawmaker decried the attitude of some civil servants, who, despite efforts of the State Governor, Kayode Fayemi, at encouraging them through regular payment of salaries and other emoluments, still failed to show commitment to their jobs.

The committee chairman said the vision of the legislative arm of government is to ensure the blockage of loopholes in government spendings and to put MDAs on their toes towards achieving government’s goals and objectives.

She lauded some heads of boards and parastatals for living up to expectations, in term of revenue generation, as a way of complementing government efforts.

The  budget defence, brought heads of various ministries, boards and parastatals or their representatives, addressing the legislators on key areas of need and challenges.

She reiterated that the administration of Gov. Kayode Fayemi had consistently turned in an all inclusive budget which had returned the State to the January to December Budget cycle, for the benefit of all Ekiti people at home and abroad.

She thanked the Assembly Speaker, Mr Funminiyi Afuye, for his leadership style and other lawmakers, for their cooperation at making the public hearing, a reality.

Among stakeholders present were the Ekiti Commissioner for Finance and Economic Development, Mr Akin Oyebode, representatives of Ekiti traditional rulers and Coalition of Ekiti Civil Society Organisations (COECSO) among others.