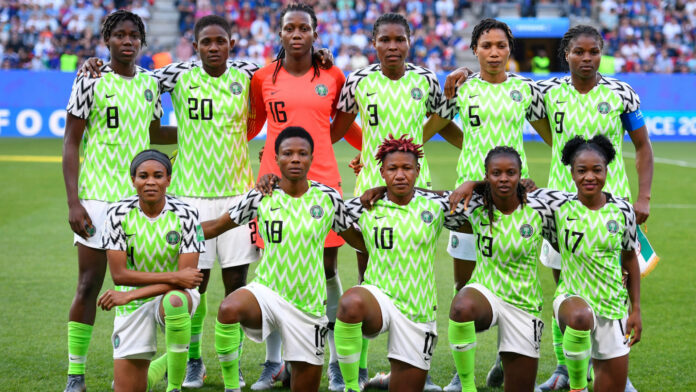 Randy Waldrum, the Head Coach of the Nigeria National Women’s Football Team, Super Falcons, on Thursday said the team was ready for the 2022 Africa Women Cup of Nations (AWCON) in Morocco.

Waldrum disclosed at the Moshood Abiola National Stadium in Abuja after the two friendlies against Niaja Ratels and Baylesa Queens.

Super Falcons beat Naija Ratels 2-1 in the first match and drew 1-1 against Bayelsa Queens in the second match.

The coach said they were trying to evaluate the players ahead of the championship.

“They are going to play so many players, we appreciate the Bayelsa Queens and Naija Ratels for helping us preparing for the tournament.

“We have a little bit of work to do and picking numbers right away on the scale of 10 , we are seven or eight.

“The matches we played enable us to evaluate the level of readiness of the team for the championship.

“These two games played today gave us a way to evaluate areas of concentration on the team,” he said.

He said the team could be under pressure presently because it was necessary to win the championship again.

“We are always in a pressure, we understand the pressure they come with and I also understand their responsibility to the whole country.

“Supporting the team is to win it for the tenth time. We have to cope and manage thier pressure,” he said.

Onome Ebi, the captain of the team, said they were ready to work with team spirit to make the country proud.

She said South Africa are their permanent rival in all the AWCON championships.

“We have been working hard as a team for this competition, I believe we will go there (Morocco) and have a good performance.

“With the spirit of team work, high motivation, I think we can beat South Africa,” she said .

She said they won’t have any excuse not to perform well in the championship.

“We are well prepared because we had a lot of trainings.

“The technical crew, the Nigeria Football Federation (NFF) have done their part , I think we are good to go and make the country proud,” she said.

Nigeria will meet South Africa in their first match on July 4 at the Prince Heritier Moulay Hassan Stadium in Rabat.

Nigeria will then face Botswana on July 7 and Burundi on July 10, in their Group C fixture at the Prince Heritier Moulay Hassan Stadium.

Nigeria is also gunning for a spot at the 2023 FIFA Women’s World Cup, as the semi-finalists at the 2022 WAFCON will automatically represent Africa in Australia and New Zealand.