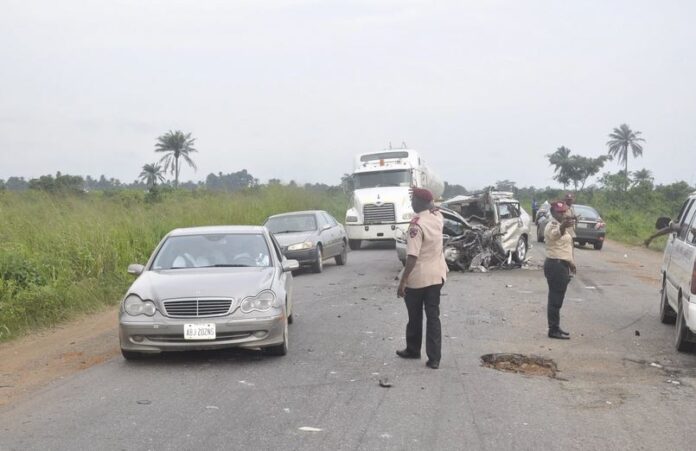 The Ogun Traffic Compliance and Enforcement Corps (TRACE) has said two persons died and five others injured when a truck and a tricycle were involved in an accident at Ifo on Lagos-Abeokuta Expressway.

Mrs Ebunoluwa Akinkumi, Area Commander of TRACE in Ewekoro-Ifo, told Nigerian NewsDirect that the accident occurred on Wednesday about 9.05a.m.

Akinkumi said the truck was marked EPE514 XW while the tricycle had JBD 482QJ.

She said the corpses of the victims had been deposited at the Ifo General Hospital morgue while the survivors are also receiving treatment at the hospital.

Mr Seni Ogunyemi, the Corps Commander of TRACE commiserated with the families of the dead and prayed God to grant them the fortitude to bear the loss.

Ogunyemi urged motorists to desist from driving against traffic rules or any act that could endanger or lead to loss of lives and property.

He appealed to motorists to always maintain their vehicles and refrain from speeding.