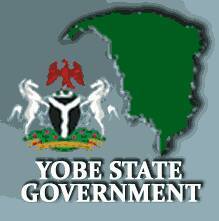 Yobe Government in collaboration with the Malaria Consortium on Thursday commenced distribution of 2.2 million Insecticidal Treated Mosquito Nets (ITNs) in the state.

The Executive Secretary, Yobe Primary Healthcare Management Board, Dr Babagana Machina disclosed this at the inauguration of the distribution exercise on Thursday in Damaturu.

He said the nets would be distributed under the 2022 ITNs distribution exercise, to replaced the two million nets distributed in 2019.

“Some may wonder why we need to replace these nets. The chemicals used to treat them usually expires after three years. We also know that some of these nets get lost or damaged,” he said.

According to Machina, the gesture is to protect residents of the state against mosquito which transmit malaria disease.

He said the nets were being provided in collaboration between the Federal and State Government, and other malaria partners.

He commended security agencies and other stakeholders for their cooperation and support for the exercise.

Also, the Commissioner for Health and Human Services, Dr Lawan Gana, enjoined members of the public and deserving households to ensure effective utilisation of the nets.

He warned against using the nets for fishing or protection of plants in gardens.

For his part, Dr Kolawale Maxwell, representative of the malaria partners, reiterated readiness to support the state towards achieving Universal Health Coverage (UHC).

“Malaria consortium is a United Kingdom charity organisation that specialised in prevention, control and treatment of malaria and other communicable diseases,” he said.

While commending the Federal Ministry of Health, National Malaria Elimination Programme, Global Fund and other partners for their support, Maxwell said, “sleeping under treated net can prevent substantial proportion of malaria cases.

“However, we need to roll out other malaria interventions, if we want to eliminate the disease completely.”