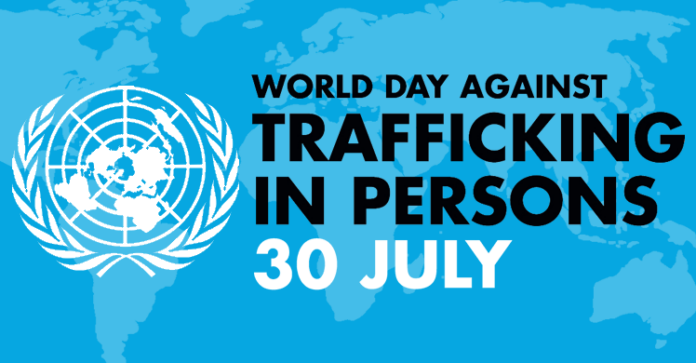 The National Agency for the Prohibition of Trafficking in Persons (NAPTIP) has promised to do everything within its powers to kick human trafficking out of the country.

The Commander in Bayelsa, Mrs Abieyuwa Ikhidero, made the pledge in Yenagoa on Friday after a roadwork to commemorate the 2021 World Day Against Trafficking in Persons, annually marked on July 30 to raise awareness about the ills of trafficking in persons.

She said it would no longer be business as usual for human traffickers in Bayelsa and Nigeria in general.

She urged young people and those molested in one form or the other to speak out.

Ikhidero commended all partners against human trafficking at the roadwork, and urged them to continue with the good job of campaign to drive the scourge out of the country.

The wife of the Governor, Mrs Gloria Diri, commended NAPTIP for marking the day against trafficking.

Represented by the Commissioner for Women Affairs and Gender Development, Mrs Faith Opuene, the governor’s wife said human beings were not for sale and were not slaves as they were created by God.

She urged all to stand against all manners of child labour and trafficking of human beings.

She added that “you see many people dying as they want to travel abroad by all means, when you go to the Sahara desert, you will marvel at what some people are passing through.

“If they come that they want to help you, resist and ask them to go help their children and their relatives.

“Let’s protect our girl children and the young boys too. Nobody should move our children for illegal jobs abroad.

“All children are special before God and man, so, let’s say no to child trafficking which has eaten deep in our country.”

A teacher from Saint Mathias Primary School Amarata, Mrs Happiness Avalon, who commended NAPTIP for the sentitisation, said she would work to change the narrative of young people.

She encouraged students and young people to always speak out and never to hide anything from their parents and teachers at school.

Reports state that the roadwork which kicked off from Ekeki Motor Park Yenagoa through Government House, ended at Peace Park.