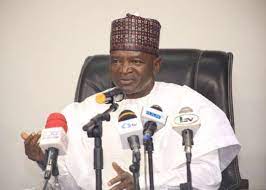 The Federal Government has disclosed that it has set aside a fund to the tune of N600billion as loans for about 2.4million farmers across the Country.

Making this known on Wednesday at the opening ceremony of the events to commemorate the 2021 ‘World Food Day’ at the National Agricultural Show/Exhibition organised by the National Agricultural Foundation of Nigeria (NAFN) in Nasarawa State, President Muhammadu Buhari said the N600billion loan facility will be routed through the Agro-Processing Productivity Enhancement and Livelihood Improvement Support project (APPEALS) with the aim of giving support to farmers across the country.

Buhari who was represented by the Minister of Agriculture and Rural Development, Dr Mohammed Abubakar, said the gesture will support farmers in the Country to improve their productivity aimed at boosting the Country’s food security, improving farmers’ production and increasing export.

He said, “The Federal Government is not resting on its oars in addressing challenges of the country’s agricultural sector.

“The Federal Government through the Agro-Processing Productivity Enhancement and Livelihood Improvement Support project (APPEALS) has set aside N600 billion as loan support to farmers across the country. No fewer than 2.4 million farmers are expected to benefit from the loan which has zero interest.

“The gesture will support farmers in the country to improve their productivity aimed at boosting the country’s food security, improving farmers’ production and increasing export.

“It is gratifying that the sector is being treated as business, no longer as a development project, with massive distribution of high quality farm inputs, dissemination of appropriate research results and significant enhancement of the agricultural commodity value chains.”

He further mentioned that cassava production has increased from 58.47 metric tonnes in 2018 to 73.91metric tonnes presently, projecting the profile to rise to 93.6 metric tonnes by 2023.

According to him, production growth recorded for groundnut, tomatoes, and sorghum; cattle beef, dairy and fish production also rose by 166 per cent, 146 per cent and 11 per cent respectively between 2020 and 2021, which the Central Bank of Nigeria (CBN) and the National Bureau of Statistics reports indicate that Nigeria’s national agricultural import bill also reduced from N1.2 billion to N1.1 billion.

Emphasising the theme for this year’s World Food Day entitled ‘Our Actions are our Future. Better production, better nutrition, a better environment and a better life,’ the President however called on Nigerians to join hands in investing massively in the agric sector to avoid any food crisis predicted by the World Bank, Food and Agriculture Organisation, (FAO) and the African Development Bank (AfDB).

In his address, the Chairman, Senate Committee on Agriculture and Chairman, Board of Trustee of the National Agricultural Foundation of Nigeria, Senator Abdullahi Adamu, said that the Buhari-led administration has initiated programmes and policies to boost agricultural activities of smallholder farmers.

“As Chairman Senate Committee Chairman on Agriculture, and other Senators can confirm that the President has carved a niche for himself for formulating policies and programmes towards development and food security in the country,” he said.

On the course of farmers, he said, “These toiling and hard working men and women deserve a better image. The smallholders are our backbone for our country, not out of sentiments but our genuine convictions that they deserve this great acknowledgment and capacity to be able to feed us.”

He further lamented that though many smallholder farmers have gone through unfavourable conditions such as  bad weathers, and policy somersaults among other odds, yet according to him, they have displayed resilience and commitment to food production in the Country.