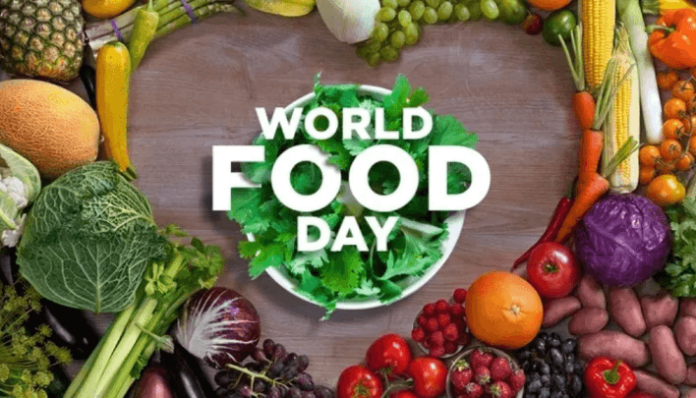 The Food and Agriculture Organisation of the United Nations (FAO) and the Federal Ministry of Agriculture and Rural Development on Thursday awarded three best schools that participated in the school garden project to support agriculture.

The Country Representative of FAO, Mr Fred Kafeero, presented the best schools with different awards and certificates to commemorate the celebration of the 2021 World Food Day in Abuja.

He said this year’s theme is “Our actions are our future. Better production, better nutrition, a better environment and better life.’’

He added that malnutrition remains one of the biggest health challenges globally.

Kafeero said the aim was to raise awareness on the need for supporting the transformation of more efficient, inclusive resilient and sustainable agri-food system.

The FAO official said millions of people especially children were stunted due to poor diets that lack nutrients such as vitamins and minerals for growth.

According to him, about 65 per cent of dietary energy supply comes from cereals and tubers indicating low dietary diversity and quality.

“Under this project, FAO in collaboration with the Federal Capital Territory Administration (FCTA) and the ministry have supported skills development in the five schools involved.

“FAO also held nutrition education training for school teachers to incorporate nutrition aspects in line subjects and a fellow up training on post-harvest handling for teachers, students and extension staff.’’

He said there was need for the education system to lay emphasis on the importance of balance diet from the institutions of learning and the grassroots level,.

He said that this would help improve diet quality and nutrition of children in the country.

The Principal of Junior Secondary School, Karu, Mr Shimachimin Moses, said the event was to promote awareness and action for those who suffer from hunger and to ensure that hunger is eradicated for the benefit of humanity.

He said the aim of the project was to mainstream nutrition knowledge in the school curriculum and it has help students participate in digging the ridges, weeding, applying fertiliser, watering and harvesting.

According to him, the programme is in the right trajectory to eradicate hunger and provide food security for everyone for improved livelihood.

He, however, encouraged the students to replicate such gardens at home to compliment efforts of the government.

The Director, Federal Department of Agriculture of the ministry represented by Mr Suleiman Alojin, Chief Technical Officer, commended the students for the job well-done and encouraged them to do more.

He said Nigeria is bless with abundance of rain and sun light need to grow healthy food, he thereby encouraged the students to see agriculture as business and make effort to get involved in it.

He said farming was not just for the old people in the village, it is a business that both the old and the young can do to eradicate hunger and create wealth.

One of the students presented with the award, Chidubem Faith from JSS Karu commended FAO for the opportunity given them to be part of the project.

He said that the project had positively affected his life and the people around him because we sold some of the tomatoes and pumpkin leaves from the garden and we shared some to people around us.