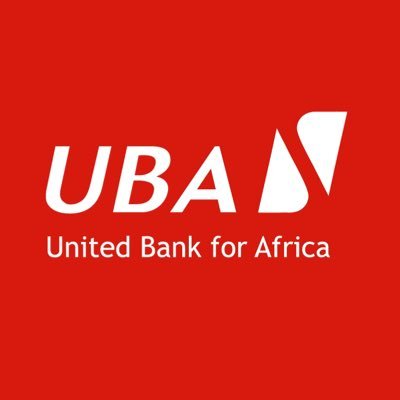 United Bank for Africa Plc (UBA) reported an impressive performance to outshine its peers in profitability and dividend payout to shareholders among others.

The pan-African bank half-year (H1) ended June 30, 2021  showed an impressive performance despite severe challenging business and economic environment that emerged from the slow pace of activities following the global lockdown occasioned by the COVID-19 pandemic.

UBA for the period grew its top-line and bottom-line performances as the management was prudential in managing cost and growing non-core banking operations.

Also, UBA for the H1 2021 audited result and accounts reported stronger growth in total assets, driven by its resilience business across 20 Africa where to operate.

The Group demonstrated strong balance sheet amid Post-COVID-19 pandemic as reflected in growth in customers deposit and loans & advances to customers.

The balance sheet structure enabled the group to withstand the negative impact of COVID-19 which virtually affected all the sectors of the nation’s economy.

Customer Deposits crossed the N6 trillion mark growing by 7.4 per cent to N6.1trillion in the period under consideration, compared to N5.7 trillion as at 2020 FY.

The group’s shareholders’ funds remained robust at N752.5billion up from N724.1billion in December 2020, reflecting its strong capacity for internal capital generation.

In line with the bank’s culture of paying both interim and final cash dividend, the Board of Directors of UBA has declared an interim dividend of 20kobo per share  (+17.6per cent from H1 2021: N0.17/share), for every ordinary share of 50kobo each, held by its shareholders.

Expectedly, the group’s growth in income from investment securities was strong considering the reinvestments of maturing funds in higher-yielding instruments compared to levels obtainable in the prior quarter.

Likewise, growth in loans to banks and customers (+96.3 per cent and 4.1 per cent, respectively) significantly contributed to the strong performance.

Interest expense declined by 13.6 per cent to N74.56 billion in H1 2021 from N86.26billion reported in H1 2020 as the bank recorded moderations across all contributory lines save for expense on interest-bearing liabilities (26.7 per cent to N25.07 billion).

Consequent to the income growth and declining expenses, the bank recorded an expansion in net interest income that rose by 24.1 per cent to N148.1billion in H1 2021 from N119.32bbillin in H1 2020, further supported by the significant decrease in loan loss expenses (-47 per cent to N4.14billion). Eventually, net interest income ex-LLE settled 29.1 per cent higher at N143.93 billion.

The aforementioned offset the growth in net fees and commission income (+18.6 per cent to N45.77 billion in H1 2021 from N38.58billion in H1 2020); a consistent trend observed across the industry as electronic banking transaction volumes improve.

Consequently, the bank’s operating income (+10.3 per cent) advanced faster than opex, leading to an improvement in operational efficiency – cost-to-income ratio (ex-LLE) settled lower at 63.8 per cent relative to 69.9 per cent in the prior year’s corresponding period.

UBA’s Group Managing Director/Chief Executive Officer, Mr. Kennedy Uzoka, expressed delight over the bank’s performance in the first half of the year, adding, “This has been a strong first half for us, as global economic recovery exceeded expectations, creating a positive rub-off on consumer and corporate confidence, savings and investment activities.

“We saw this positively impact our business, as we continued to leverage our key strategic levers – People, Process and Technology, and our Customer 1st Philosophy, to revolutionise customer experience at UBA.”

He added that the bank’s investment in the Rest of Africa (Excl. Nigeria) continues to yield good results for the group. In his words; “The benefits of pan-African business diversification accruing to the Group is once again evident, with gross earnings and interest income growth of 5.1per cent and 8.2per cent respectively, despite the low yield environment in our largest market, Nigeria.

“We are making remarkable progress on our strategy that is progressively positioning UBA as the bank of choice on the continent, driven by our emphasis on tech-led innovation and best customer experience.”

Continuing, the GMD pointed out that the bank recognises the far-reaching effects of the pandemic on businesses globally, and remains focused on its promise to always provide our customers with the best banking experiences possible.

“Our H12021 performance reflects our progressive efforts in building on the strong momentum that we started the year with.

“As a purpose-driven organisation, we remain resolute in our drive for sustained growth in customer acquisition, transaction volumes and balance sheet, as we consolidate our ‘Africa’s Global Bank’ market position in the years ahead, uplifting livelihoods across the continent,” Uzoka explained.

The GCFO pointed out that even while the operating environment remains largely uncertain and volatile, despite marked improvement from COVID-19 induced macroeconomic stress, UBA will continue to build resilience through its geographically diversified business model to support headline earnings growth for the Group.

“We remain committed to our 18per cent and 15per cent respective RoAE and deposit growth guidance for FY 2021, as we continue to invest in growth opportunities across our geographies of operation, whilst managing capital and balance sheet prudently,” Nwaghodoh stated.

According to analysts at Cordros Research, “The bank’s performance remains impressive given the challenging core business environment.

“We envisage this strong earnings growth would remain till full-year, given our expectations of sustained momentum in the acceleration of loans and higher yields obtainable to reinvest maturing assets.

“We also expect the bank’s continued improvements in operational efficiency to propel earnings further. Our estimates are under review.”

“I had the most perfect relationship with Queen Elizabeth II ” – Obasanjo