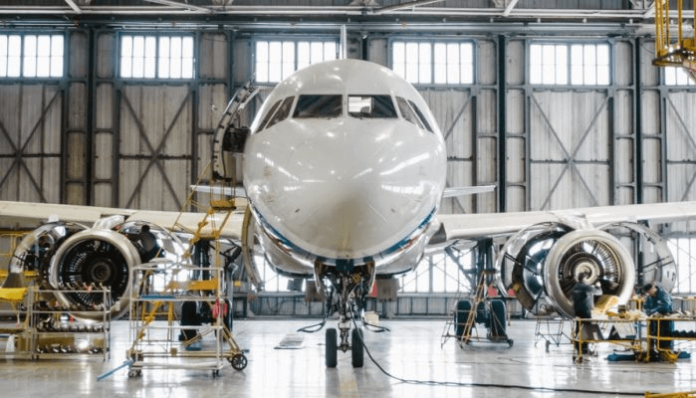 About three months after the implementation of zero Value Added Tax (VAT) on commercial aircraft and spare parts, the Nigerian Customs Service (NCS) has allegedly restored the collection of 7.5 per cent VAT and sundry charges from operators.

Airline operators made this known to  journalists recently that the Customs lately opened a new window of charges that is comparatively more expensive and complicated than the former regime.

Indeed, it has been a hard-fought battle that dates back to 2016 to exclude aviation from VAT, as it is the case with general transport in other parts of the world.

Though the Ministry of Aviation rallied against the charges as part of measures to support the local airlines, the Ministry of Finance and NCS have continued to impose charges on operators.

However, Airline Operators of Nigeria (AON) had in June 2021 applauded the removal of mandatory charges that airlines had erstwhile paid, following the intervention of the National Assembly.

The Vice Chairman of the association, Allen Onyema, had said the AON, at a Senate hearing, presented the issue of the partial implementation of the Finance Act 2020, which prohibits the payment of duties and VAT on imported aircraft and aircraft spares by the Customs Service, and “thankfully, we no longer have to pay VAT on aircraft.”

But as of last week, VAT collection has resumed.

Chief Operating Officer (COO) of a local airline said Customs have started demanding VAT, “except you notify them in advance before the process of importing a spare part begins.

“As it is, you cannot be in need of a spare part, import it immediately and not pay VAT. No! Customs has introduced the Import Duty Exemption Certificate (IDEC) process that requires you to apply for exemption and get approval before importation.

“Unfortunately, it doesn’t work that way in aviation. It means an aircraft will have to be grounded for two to three weeks because of a spare part of less than $100. To avoid the loss, I have to order my spare parts, pay their VAT, and move on. That is how complicated the matter is in Nigeria. As an operator, everything is skewed against. It is just so unfortunate,” he said.

Confirming the development, an Aviation consultant and former Director General of the Nigeria Civil Aviation Authority (NCAA), Benedict Adeyileka,  described the policy as flip flop and  antithetical to aviation growth and airlines survival.

Adeyileka said the government’s policy on VAT is clear, but for the implementation agencies that are looking in the opposite direction, just to frustrate business owners and private investors.

He noted that all operators with valid Air Operating Licence (AOL) and Air Operating Certificate (AOC) are documented and well known to the authorities.

“But Customs is not interested in that record. They prefer to use IDEC, which means you, as an operator, have to foresee a snag on your aircraft, pay for the duty in advance. And if you cannot predict, you have to pay the full charges.

“That is exactly what is killing the airlines. Customs only go ahead to Google the spare part before them, get the highest rate online, and bill you the VAT. They don’t care how much you actually bought it, whether it is brand new, fairly used, or repaired and returned.

“But you don’t see that in the United Kingdom or United States, or anywhere else. So, how are we to compete with other airlines? With this Customs, no airline will survive,” he said.

In agreement with Adeyileka, Chief Executive Officer of Zuma Jet, Capt. David Augustine, added that the Federal Government and its agencies need to make life easier for the operators for local aviation to maximise its latent potential.

While efforts to get reaction from the Customs, Lagos Airport Command, proved abortive, a senior officer of the Service said IDEC proviso was not the initiative of Customs, but of the Ministry of Finance.

“If the airlines have any issue, let them go and meet them at Finance. We only enforce the directive of the Federal Government,” the officer offered.

Nigerian NewsDirect had reported that foreign cargo airlines and local exporters were fast ditching the multi-billion-dollar worth of Nigeria’s agro-export end over stifling official bottlenecks at airports.

Besides the hurdles of importing into the country, more complicated roadblocks have been mounted by government agencies in the forms of extortions, harassment and multiple charges. Among the 16 sundry charges tracked for each goods coming in or departing the country via airports, only five are officially recognized.