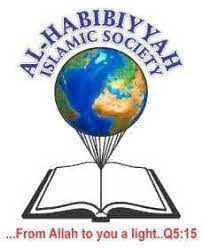 The Al-Habibiyah Islamic Society has trained about 40 Kwara Imams and Islamic scholars on different vocations including Fishery, Farming and Animal Husbandry.

Imam Fuad Adeyemi, the Convener and Chief Imam of Al-Habibiyah Islamic Society, made this known on Monday in Ilorin.

Speaking on the sidelines of the programme, Adeyemi explained that the training is on capacity strengthening for the clerics across Kwara so as to make them self reliant and reduce corruption in the society.

He explained that the two-day training was in conjunction with the  MacArthur Foundation.

According to him, the seminar will enlighten the Muslim scholars to be alive to their responsibilities of preaching to make the society better.

Adeyemi expressed worry over the dimension corruption is taking, adding that all hands must be on deck to checkmate the spread.

He urged the Imams and scholars to pay attention to every part of the training to equip themselves for the task ahead.

The cleric observed that the training would also encourage transparency and accountability among members of the society.

Prof. Yusuf Badmus, the former Dean of Post-Graduate School, University of Ilorin, advised the trainees to engage themselves in proper and legal means of livelihood.

Badmus observed that leaders and Islamic clerics have the religious obligations to work for the comfort of their subjects and adherents.

He lamented that our forefathers lived in an era of little knowledge but with plenty of piety, while the reverse is the case today.

The don reminded the Imams that it is against the doctrine of Islam to extort money from the adherents dubiously, adding that it is enjoined by Prophet Muhammad (PBUH) that Muslims must be gainfully employed.

He admonished them on contentment, saying it is a virtue expected of Islamic scholars and warned against reducing their integrity and unnecessary demand of money from people.

On his part, Imam Agba Gambari, an Islamic scholar, commended Al-Habibiyah for the training and enjoined the participants to make judicious use of the programme.

Also Hajia Balkis Oladimeji, the Spokesperson of Federation of Muslim Women Association of Nigeria (FOMWAN), Kwara Chapter, also stressed the need for Muslim scholars to work together as a team for overall benefits.