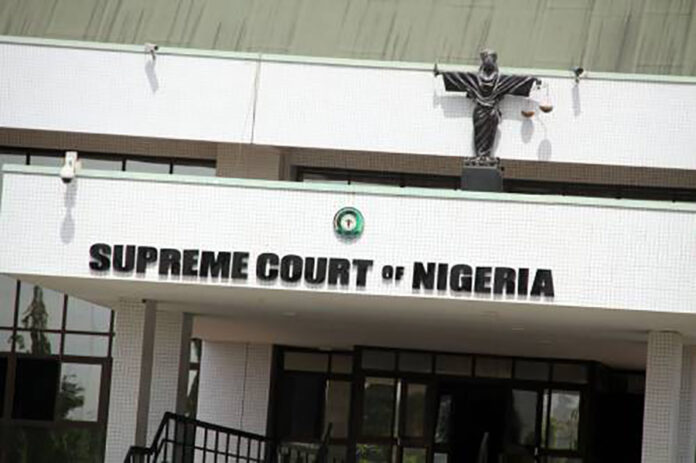 A Federal High Court, Abuja, on Tuesday, fixed June 28 for a report on the outcome of the Federal Government’s suit seeking an interpretation of Section 84(12) of the Electoral Amendment Act, 2022 before the Supreme Court.

Justice Inyang Ekwo adjourned the matter after counsel for the plaintiff (Peoples Democratic Party), Joseph Daudu, SAN, told the court that the hearing of his case would depend on the apex court’s decision on the suit before it.

Upon resumption of the matter, Daudu informed that though the case was adjourned for all parties to look at their processes, some applications were served on him by some of the respondents.

Justice Ekwo then asked the senior lawyer if he had done a review of his case going by the directive he gave on the last adjourned date.

Daudu said he discovered that the judgment of the Court of Appeal on Section 84(12) if applied, would make the work of the court easier because the appellant court agreed with his client on two points.

He, however, said that the Appeal Court judgment “is still merely persuasive since it is not the final court.”

According to him, it is only the Supreme Court that has the final say.

Daudu further said that if there would be a likelihood of a decision on the suit filed by the president and the Attorney-General of the Federation (AGF) on Thursday at the Supreme Court, the outcome would be either for the judgment to be binding on them or to allow the court hears their matter.

“So all is pointing to the direction to know what the Supreme Court will say,” he said.

The judge then said that since processes had been filed and no response had been done, that showed that no issue had been joined.

“That means this matter has to abate,” he said.

Justice Ekwo, who ordered all the parties in the suit to file relevant processes before the new date, adjourned the matter until June 28 for a report.

Reports state that the court had, on May 16, asked the PDP to take a critical look at the development in its suit to know if it could still continue with the case.

Ekwo gave the advice after counsel for the PDP, Daudu, had informed the court that based on the Court of Appeal judgment sitting in Abuja, the court could continue with the matter before it.

The PDP had sued the President, the Attorney-General of the Federation (AGF), Senate President, Speaker of the House of Representatives and Clerk of National Assembly.