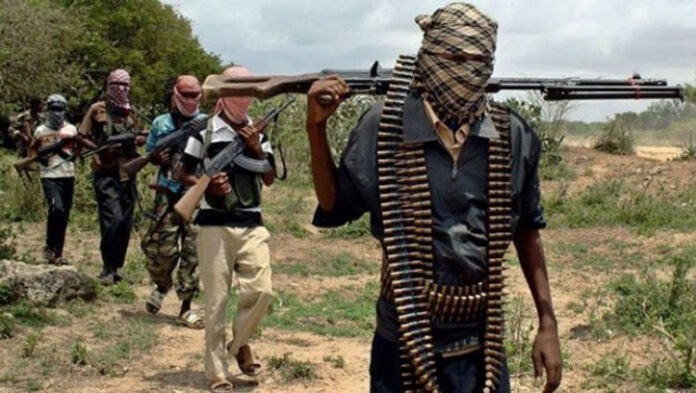 Calculated attacks on schools recently took the scores of Nigeria’s insecurity narratives to another level of fright. Although attacks on schools could be trailed back as far as the Chibok girls kidnap of April 14, 2014 by the mischievous Boko-haram jihadists, the event left  an imprint which till date has brought sense of panic – a development that recently have begun to result to closure of schools for fear of imminent attacks.

The ugly development do not only speak to worsening insecurity narratives, but largely a lamentable situation of further destabilisation to worsen instability  in the Country’s education system. Recently, rising security threats have informed the closure of schools in sensitive parts of the Country.   Following intelligence report about possible attacks on schools across the Country, particularly in border States, the Jigawa State Government on Wednesday, 17th August, 2022, ordered the closure of all schools across the State. Parents of students in boarding schools were directed to go fetch their wards. This trailed a similar directive in the nation’s capital, Abuja, in July when the Federal Government on Monday July 25, 2022 ordered the closure of all unity schools in the capital city, following security threats by bandits who have been kidnapping residents of nearby communities.

Spates of attacks on schools recently, took the dimension of kidnap-for-ransom. Taking students hostage to demand for ransom has recorded narratives of depression and worries for affected parents, many of whom may not have the wherewithal to meet ransom demands. It is on record that of the over 270 Chibok girls kidnapped in 2014, not all returned. While some were released on negotiation grounds, the story of the whereabouts of others is still unknown to the public. The story of Dapchi ‘heroine Christian’ schoolgirl, Leah Sharibu, speaks same.   Leah was among 110 girls, aged between 11 and 19 years, who were abducted by the terrorists from Government Girls’ Science and Technical College, Dapchi, on February 19, 2018. While others were freed, Leah was held hostage for refusing to denounce her Christian faith. The psychological trauma of the affected parents/wards and the school-girls would transcend what could be imagined.

Following the rising narratives and the need for parents and wards to be cautious, particularly as the need for resumption for continuity of academic work becomes pertinent, the Federal government on Thursday, 09 September, 2022, against the backdrop of attacks on schools by bandits, has tasked stakeholders to adhere strictly to the existing school safety guidelines. Minister of State for Education, Goodluck Opiah, speaking at a media conference held to mark the 2022 International Day to Protect Education from Attack, insisted that stakeholders must operationalise the school safety guidelines to protect schools from attacks. While reacting to an alleged attack on Federal Government College, Kwali that led to the closure of all unity colleges in Abuja, the Minister said that the directive for the recent closure of all unity schools was imminent to protect schools and children from attack.

“The closure of unity colleges was not a permanent measure but a reaction taken to protect the lives and safety of children. It was a right action in the right direction and the Ministry demand commendation for that action. This is because it was during examination period. The schools were shut but the students were taken to other schools to complete their examinations.  Schools are about to reopen and FGC Kwali will also join them. We are working with security agencies because the security of our children is very important to us,” the Minister said.

The Minister on security measures to protect schools said stakeholders must protect education from violence situations and armed conflict. According to him, upholding the right to education and its continuity in such emergency situations as enshrined in the Safe School Declaration which Nigeria ratified on 20th March, 2019,  is for everyone to embrace. Speaking on the 2022 commemoration with the theme: “Implementing the School Safety Policy as a Tool To Protect Education From Attack: Our Collective Responsibility,” he said, “the theme was devised by the Ministry to create awareness on the existence of the School Safety Policy. The need for State Governments, education institutions and stakeholders, civil society organisations (CSOs), the military, and the general public to operationalise the guidance therein.” The Minister further stated that the School Safety Policy highlights the strategies for emergency preparedness in education institutions, measures for harm reduction, stakeholders to contact for help in case of imminent attack.

It is no doubt all stakeholders must act concertedly and correspondingly for security protections of schools. Every one has  respective roles to play and that must be done in coordinated harmony. However, the government has a central role to play as the nucleus of the security system. Hence, a burden of thrust lies on the Government to awake to security necessities as it concern schools in the Country.

That the weakened fabrics of the Nigerian education system would further be debilitated with inconsistencies by threats of insecurity attacks, speak woes. The necessity to tackle insecurity headlong in the Country is a clarion call. It is lamentable seeing that the shaky fabrics of the Country’s education system have now begun to suffer the inclusion of newer string of threats to further worsen its woes. A breakdown of the system with the scourge that insecurity attacks would pose, would not in any way be desirable. The impacts of such would transcend the four walls of the education institution, to the entire societal fabrics.

A system where students would now have to be intense while in classrooms for fear of attacks, would only produce disorder of psychological imbalance which is inconducive for learning. Rising   circumstances from this would impair the productivity of students  and the end result is a blow of low human capacity building, which on a macro dimension pose threats to growth and development. Such deficiencies largely would cluster to breed human capital deficits which in their compound reflections would form strings of impediments of national troubles.

Tackling insecurity headlong on a macroscopic formative order is non-negotiable for the government, just as it has become of necessity to build formidable security architecture for protection of schools across the Country, particularly in areas of threats.