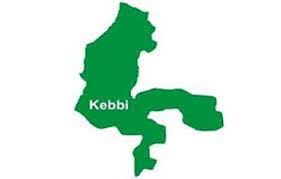 The outgoing Commissioner of Police in Kebbi, Alhaji Musa Baba has tasked officers to be dedicated and patriotic in the discharge of their service to the country.

Baba, who will be retiring from the Nigeria Police Force, on Tuesday, after 32 years of service, gave the charge at a valedictory party organised in his honour by officers of the command, on Saturday in Birnin Kebbi.

He said that on assumption of duty in Kebbi on August 2021, the crime rate, especially kidnapping and other social vices were relatively high.

“But through God, we managed the situation and great improvement recorded.

“Coming to Kebbi is a blessing for me, and I will be in Kebbi mentally even if not physically,” he said.

Baba commended sister security agencies for the synergy in the discharge of their constitutional mandates in the state.

“I have never seen the synergy among various security agencies in the whole of Nigeria as Kebbi.

“I pray it will continue like this and they should be working as entity,” he said.

Also speaking, Gov. Atiku Bagudu, represented by his Deputy, Alhaji Samaila Yombe-Dabai, urged the officers to emulate the dedication and selfless service of the retiring CP.

He thanked him for his service to the state during which it achieved low crime rate.

“Baba attended to his constitutional duties with vigour, courage and without giving excuses,” he said, adding that he led officers serving in the State’s Police Command from the front, throughout his tenure as Commissioner.

“I charge all officers serving in the State Command to show renewed commitment to fight crimes and ensure security of lives to the level where the state will be the envy of others in the country,” Bagudu said.