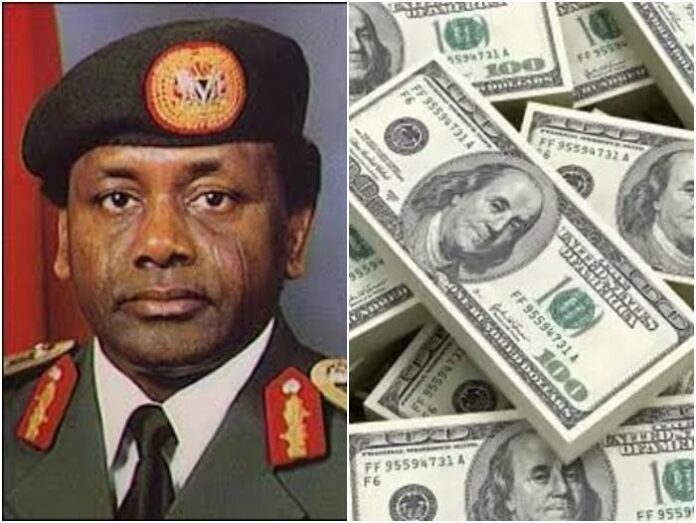 The Federal Government on Wednesday disclosed that a whooping sum of $1 billion looted funds has so far been recovered under the President Muhammadu Buhari-led administration since 2015.

This is just as the government disclosed that about 3,000 looters found guilty of corruption offences have upon trial been convicted under the Buhari-led government.

The Attorney General of the Federation and Minister of Justice, Abubakar Malami, disclosed this to State House correspondents after the weekly Federal Executive Council (FEC) meeting presided over by President Buhari at the Presidential Villa, Abuja on Wednesday.

According to Malami, the recovered assets have been deployed to various sectors of the economy including poverty alleviation and empowerment schemes such as tradermoni, N-Power, among other soçial security programmes for Nigerians.

For the record, Malami said that the Federal Government had recorded only 109 convictions prior to 2015 when Buhari came into power but that conviction figures for corrupt practices under the Buhari administration now stand at over 3,000 with recovered looted fund standing at about $1 billion to date.

This reported achievement of President Muhammadu Buhari whose stance against corrupt practices dates back to his military days is considered by many as a cheering news nonetheless.

In fact, one of the reasons why Nigerians chose Buhari in 2015 elections above the sitting president, Dr Goodluck Jonathan was the need to have someone of his calibre in power to help fight the monster of corruption thought to be almost swallowing up the country while the PDP in power at that time seemed to look the other way or pretended to be helpless.

Given his antecedents as a military head of state between 1984 and 1985 who condoned no nonsense and tackled various acts of sabotage and indiscipline without fear or favour, many Nigerians had equally rallied support for Buhari and made his historic  comeback as elected president of the country possible.

Hitting the ground running, Buhari had unmistakably told Nigerians that it won’t be business as usual because it is either corruption standing in the way of rapid development of the country is killed or the monster is allowed to swallow up the country.

The President has therefore since assuming office over seven years ago concentrated efforts on tackling this social malaise even though many will say that the administration could have achieved more than this milestone.

For instance, it is under the anti-corruption crusade of the President Buhari that JAMB which didn’t generate more than N50m since its existence over 50 years ago is now remitting as much as N8bn and above to the government treasury under the leadership of Prof Ishaq Oloyede, the former Vice Chancellor of University of Ilorin.

It is also under the anti-corruption crusade of Buhari that former governors of Plateau and Taraba States, Jonah Jang and Rev. Jolly Nyame  respectively were jailed for betraying the trust and confidence reposed in them.

Speaking about anti-corruption stance of the Buhari’s administration, the Executive Director, Centre for Development and Democracy (CDD) Idayat Hassan, stated that the President has been very consistent with his strong anti-corruption message.

She also noted that at every occasion, the President has always spoken about his anti-corruption stance or zero tolerance corruption, adding that the very important point is that it has improved financial centralization.

According to her, “The strict implementation of the Treasury Single Account (TSA) by President Muhammadu Buhari, though proposed in 2012 by the former President Goodluck Jonathan administration has been able to plug the financial leakages in the financial system itself, which is accompanied with the Integrated Payroll and Personal Information Systems (IPPIS).

“The IPPIS has been extremely useful in the fight against corruption. Some notable achievements are the strong anti-corruption appointments he made with the appointments of the Chairman, Independent Corrupt Practices and Other Related Offences Commission (ICPC), Prof. Bolaji Owansanoye, former Chairman of the Economic and Financial Crimes Commission (EFCC) Chairman, Ibrahim Magu and the current EFCC Chairman, Abdulrasheed Bawa. I think some of these are also very important.”

She argued that earlier in his tenure, the President created two adhoc temporary audit committee to investigate the spending of the monumental fraud that happened under the former National Security Adviser, (NSA) Col. Sambo Dasuki.

She commended the administration for the creation of the Presidential Advisory Committee on Corruption, (PACAC) a government Think Tank, adding that the Special Presidential Investigative Panel on public property and others have been useful as well, “the administration has been able to introduce plea bargaining to tackle corruption in Nigeria.”

Continuing, she added, “Also, the number of assets recovered by the Buhari administration has been very incremental at every point in time, in the last six years plus.”

Idayat stated that when examining the anti-corruption fight between both administrations what is important to note is that the Buhari administration has had consistent message, which is backed up by strong anticorruption stance, “It doesn’t matter if it is not being matched with actions, everybody knows that Mr. Buhari is against corruption, and beyond that they have also used a lot of innovation compared to the Jonathan administration.”

While the news of recovery of $1bn loot under Buhari gladdens heart of many Nigerians, it is also a considered opinion that the country could make a lot more progress in its fight against corruption.

This, it could do by being more responsible such that the government at all levels prioritise good governance and run the government to serve only the people.

The government should also get more serious in prosecuting anyone arrested for corruption, the era of looking at such infringement with the prism of partisan politics or ethnicity will always make us to move four feet forward and ten feet backward.