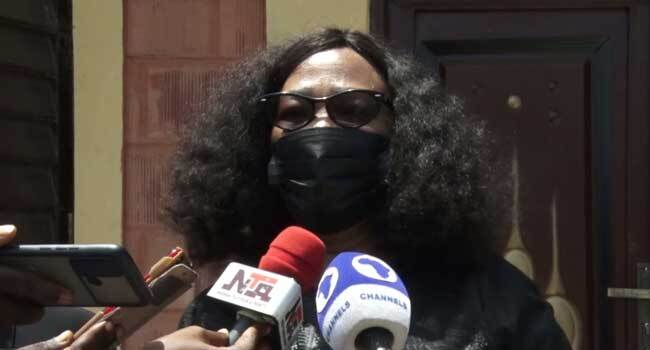 The Presidential Advisory Committee on the Prerogative of Mercy, on Monday visited the Ikoyi Correctional Centre in Lagos, to hear cases of inmates being considered for a presidential pardon.

A deputy director in the Ministry of Justice, Leticia Ayoola-Daniels, who represented the Attorney-General of the Federation, led 10 other members of the committee to conduct the interviews.

She told journalists that the committee was reconvened on the 28th of September after a period of inactivity to identify and subsequently recommend deserving persons for the presidential pardon.

The committee commenced visits to correctional centres across the 6 geopolitical zones with a visit to the Kuje Correctional Centre in Abuja on the 30th of Sept.

“In Lagos, we are looking at accessing about 80 and you cannot determine. It depends on if they meet up with the criteria,” she said.

“If they fall under the criteria, they can be considered for pardon.  For us, we are just going to recommend. Looking at all the criteria, we will work on it and see those that can be recommended.”

On his part, the Comptroller of Prisons, Ikoyi Correctional Centre, Adewale Adebisi, said the facility was built with a capacity of 800 inmates but houses 2,500 inmates.

While noting that the Ikoyi prison is congested, he said that the congestion of prisons has been of concern to stakeholders in the criminal justice system.

According to him, President Muhammadu Buhari, established the Presidential Committee on the Prerogative of Mercy, to deal with the congestion of prisons nationwide.

He believes the visit is timely, noting that it would help in managing the custodial centres once the inmates are qualified for the pardon.