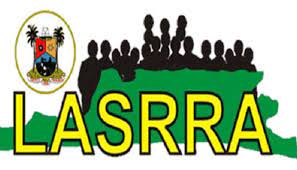 The Lagos State Government (LASG) has declared its move to partner strategically with Mobile Money and Bank Agents in a bid to protect Lagosians from the rising incidence of fraud perpetrated through Point of Sale (POS).

The Government through its agency, the Lagos State Residents Registration Agency (LASRRA) declared it is ready to work with the Association of Mobile Money and Bank Agents in Nigeria (AMMBAN) in a bid to protect Lagos Residents from fraudulent activities faced by Point of Sale (POS) operators in the course of doing business.

The Permanent Secretary, Ministry of Science and Technology, Engr. Ibilola Kasunmu during a meeting with the National President of the Association, Victor Olojo held at LASRRA Office, at Ikeja, the State capital, noted that registration of all POS machines could not have come at a better time because of its similar objective of financial inclusion with the ‘LAG ID Card.’

He said, “The new smart card issued to residents which comes with a wallet has been well secured to further increase the confidence of residents in the newly re-launched card,” Kasunmu, who was represented by the Head of Registration Department, LASRRA, Abari Ajibola, noted.

The Permanent Secretary explained that the New Smart Card initiative is aimed at achieving the agency’s set goals and objectives, including identifying every resident and maintaining a rich database, providing data for social and state welfare intervention, improving efficiency in accessing all State Government services and driving the Smart City agenda initiative among others.

Speaking further, he said that partnering with AMMBAN will help curb the indiscriminate distribution of POS, and ensure the proper capturing of biometric details of every operator.

The National President of AMMBAN, Victor Olojo, expressed optimism in partnering with the Lagos State Government, through LASRRA, adding that the collaboration would help the Association achieve its objective of cleaning up the system while enhancing seamless operations by all agents.

“Partnering with LASRRA is to ensure that POS operators have their ‘LAG ID’ Card and enjoy seamless operation with a clean database,” he said.

AMMBAN was established in 2015 to help facilitate, organise and speed up efforts geared toward ensuring the full implementation of the financial inclusion policy of the Federal Government.

Court stops Lagos A-G, others from forcefully taking over market