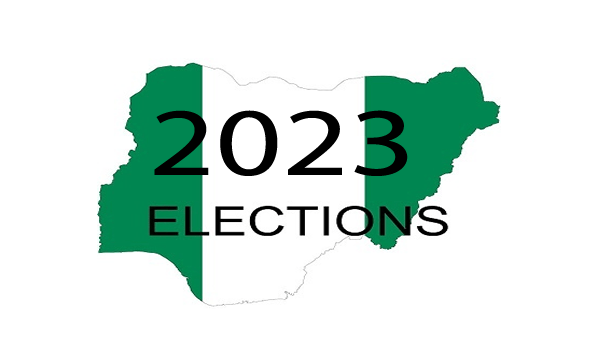 As the countdown continues on the 2023 General Elections, the political gimmicks and campaigns  by Politicians are witnessing a high tension with the throwing  of words at one another to damage image of opponents. Espectedly, politicians have been moving from pillar to post trying to market and de-market themselves to the citizens instead of engaging in critical issues based campaigns.

The three most popular presidential candidates namely: APC Ahmed Bola Tinubu, PDP Atiku Abubakar and LP Peter Obi and their foot soldiers have been engaging in unnecessary campaign gimmicks calling another names misleading and misinforming the electorates. Dino Melaye and Festus Keyamo are practically examples of words war at each other at any given time despite the peace pacts signed few months ago.

Former president of Nigeria, Goodluck Ebele Jonathan, during a recent peace dialogue organised by the Goodluck Jonathan Foundation, tagged ‘Nation building, the role of election in a multi-ethnic context,’ underscored the danger that fake news and other disinformation tactics pose to our democracy.

Jonathan’s comment aptly captures the contemporary challenges of democracy across the world. In Nigeria, ahead of the 2023 election, many political supporters are deploying fake news and hate speech as political weapons. Social media has become a war theatre where supporters of different candidates engage in a bitter and unhealthy assault. This poses a major threat to the nation’s peace, unity, and democratic process. The weaponisation of lies and the negative profiling and stereotyping of candidates and their supporters are a threat that could affect the outcomes of next year’s election.

A pro-democracy think tank, the Centre for Democracy and Development (CDD) has urged political parties in the country and their respective presidential candidates to focus on issue-based campaigns ahead of the 2023 general election.

It noted that debates that prioritise religious and ethnic division only serve to distract citizens from making informed decisions while voting since such discourses add no value to surmounting the challenges confronting the country’s governance and development.

The organisation’s Executive Director, Idayat Hassan, who said this in a statement titled, ‘CDD calls on political actors to ensure an issues-based political campaign’ also charged parties and candidates to desist from electoral disinformation, misinformation and weaponisation of fake news.

While describing disinformation as a threat to the sustainability of the country’s democracy, she urged the Nigeria Peace Committee and the Independent National Electoral Commission (INEC), to institute a fact check hub.

“This rising trend poses the biggest threat to the peaceful pre- and post-election conduct of the elections. This is because fake news and disinformation have the potential to further fragment the country and skew the electoral outcome. This could play a part in affecting the legitimacy of the elections and the leaders who emerge from the process. We urge all voters, social media users, citizen journalists, and mainstream media executives to always fact check information before sharing. We all share responsibility of curbing fake news, to ensure that we can all reap the dividends of our continued democracy.”

The former Chairman of the Independent National Electoral Commission (INEC), Prof. Attahiru Jega had expressed worries over the callous campaigns by Politicians ahead of the 2023 General Electionsh. He emphasized that “I have a lot of fear about the outcome of the election. But you see, people like me are what I call an incurable optimist about the future of our country.”

This should be a period to celebrate brilliant ideas from politicians. There is nothing wrong in a politician trying to convince the electorate to vote him or her into electoral office. It must be done in a peaceful atmosphere. But what we have seen, and read on front pages and editorials of newspapers is a callous thug of wars among the Politicians seeing it as a do or die affairs.

These crops of politicians must embrace advancement perhaps upgrading their campaign standards telling the masses what capabilities and skills they will inject into the system to enhance good governance than the usual callous name-calling styles. Their current styles of campaign is posing more threat to the 2023 Elections. Therefore, these Politicians and their spin-doctors should learn and understand that the electorate are more interested in their performing abilities to transform the infrastructural, Economic and human capital development of the country to catch up with the globe.