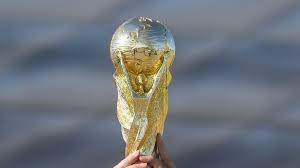 Egypt was the first nation to participate in the World Cup from Africa, and that was in 1934. Thereafter, thirteen different African nations have competed in world football’s biggest tournament.

As the years went by and Africa was given more slots in the tournament, the world has been dazzled by some  exciting and entertaining football from African countries, as well as some poor and disappointing outings.

World Cup 2022 in Qatar has started with Ecuador thrashing the host nation 2-nil in the opening match of the tournament.

On Monday, the highly rated African team of Senegal was defeated 2-nil by the Netherlands, though, without their sensational skipper Sadio Mane, owing to injury from club’s game.

We have five countries from all over the continent  competing in the World Cup. Morocco and Tunisia qualified for their second successive World Cups. Both of them are in seemingly tough groups, with Morocco facing Belgium and 2018 runners-up Croatia, while Tunisia will have to compete with champions France and Euro 2020 semifinalists Denmark.

Senegal also qualified for the second time in a row, and their chance to progress to the round of 16 looking so dim. They have lost to the Netherlands, while the host, Qatar lost to Ecuador. The two winners in the group are on 3 points. For Senegal to qualify from  the group, they have Qatar and Ecuador to beat.

Two countries making their return after missing the 2018 tournament are Ghana and Cameroon. The countries have both achieved great things in past editions of the tournament and will be hoping to recreate those fairytale runs again in Qatar.

Ghana are in a difficult group with Portugal, Uruguay and South Korea. As for Cameroon, their chances of competing for second spot in Group G, which contains the likes of Brazil, Switzerland and Serbia will require extra efforts.

As much as all of the African sides at this tournament possess the quality to trouble even the strongest teams, they are all considered outsiders to go all the way and win the World Cup in Qatar.

The highest ranked African side at the 2022 World Cup is Senegal, who currently sit in 18th in the world, four places in front of Morocco who are standing at 22nd. Now that Senegal have lost their first match, their chances are becoming slim.

The best African performances in World Cup history, even though none has ever won or made a World Cup final, are three teams having made the quarter-finals.

Cameroon was the first to do so in 1990, led by Roger Milla, they defeated world champions Argentina in the opening game before qualifying for the round of 16 with a negative goal difference. They defeated Colombia in the first knockout round before losing to England.

Debutants Senegal shocked the world when they not only defeated world champions France in the opening match of the 2002 edition, but went on to top their group. They went ahead to defeat Sweden, thanks to a golden goal. Turkey was later to bundle them out with a golden goal of their own.

In 2010, Ghana  repeated the feat after defeating the USA in the round of 16 in South Africa. This pitched them against Uruguay in the quarterfinals when one of the most controversial World Cup moments occurred. With the scores locked at 1-1 near the end of extra time, Uruguay’s Luis Suarez used his hands to deny a certain goal bound ball on the line, only for Asamoah Gyan to miss the resulting penalty that would have put them in the semifinal. Ghana crumbled in the resulting penalty shootout, losing 4-2.

Regardless of the result of Senegal versus Wales, it is evident that the African country performed better.

All African countries should be encouraged by their respective countries in this on going edition of the FOR A world cup. Equally, Leaders in Africa should avoid selection of the National Team based on familiarity and ethnic background to help select the best players  thaf will make Africa win the world cup competition.

It is evident that bookmakers have little faith in an African team shocking the world and winning the World Cup for the first time in the ongoing football fiesta.