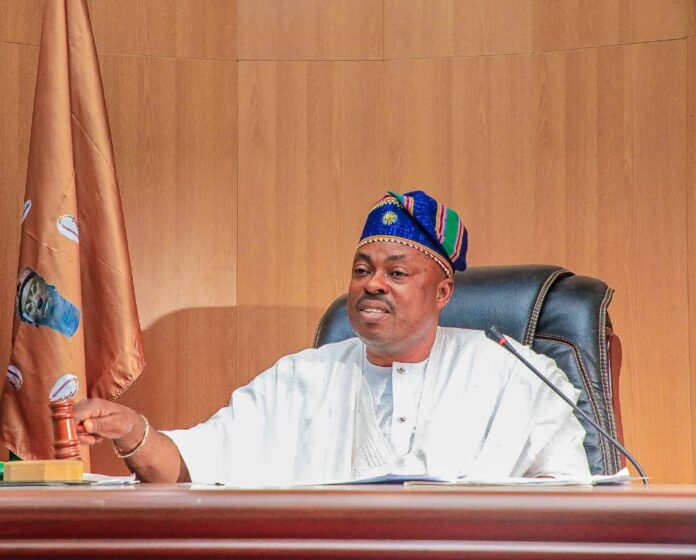 The Osun State House of Assembly under the leadership of Rt Hon. Timothy Owoeye has overridden the decision of Governor Ademola Adeleke over his recent directive that local Government Chairmen should vacate their office Secretariats.

The Assembly, while overriding the Governor’s decision urged the council officers to stay back in their office pending the determination of the court of appeal.

The House according to a statement signed by the Speaker’s  Press Secretary, Mr. Kunle Alabi resolved that the issue of Local Government administration should be left to the court of law, pending the exhaustion on all legal means.

Governor Ademola Adeleke had on Monday directed the most senior career heads across all the Local Government Council Areas, the Area Office, LCDAs and ACDAs in the state to take charge of the affairs of their respective Councils with immediate effect.

The directive according to the Governor is in compliance with the judgement of the Federal High Court sitting in Osogbo that sacked the purportedly elected Local Government Chairmen and Councilors.

But, the Speaker of the House, Rt Hon Timothy Owoeye during their plenary yesterday while speaking on the issue of LG administration informed the plenary  of a notice of appeal against the decision of a Federal High Court judgment served on the 7th Assembly.

Owoeye while thanking his colleagues for their service and steadfastness to the State said, “This is the Osun State House of Assembly, anything we are doing has to be to the development and progress of this state, we have not done anything wrong or foul of the law.

“As an institution, we x-ray and scan whatever we disseminate because as far as the constitution of the Federal Republic of Nigeria is concerned, we are performing legislative duties and our functions as legislators.”

“When Aregbesola took over the mantle of leadership in 2010, the PDP controlled local government was still in place and the status quo remained. Nobody dissolved the local government until all legal processes were completed,” the Speaker emphasised.

The Lawmakers however congratulated the Governor, saying there now exists a mutual understanding that the house will be carried along on matters that concerns the legislature.