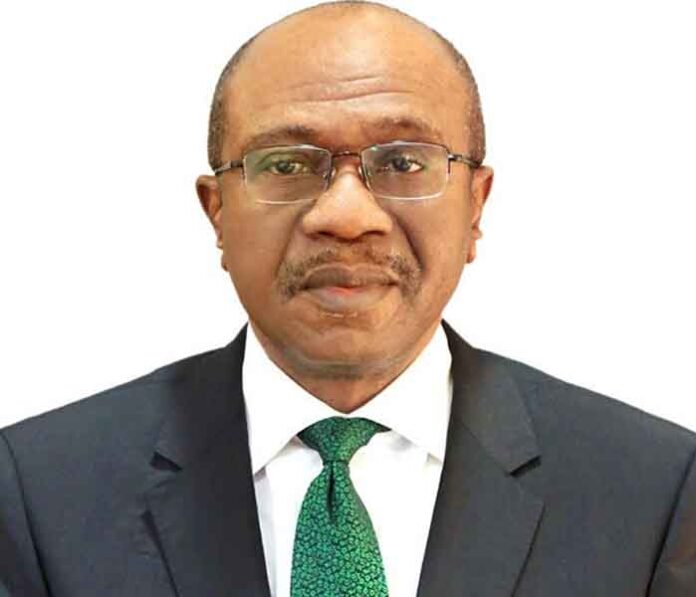 On February 27, 2022, the Central Bank of Nigeria’s Governor, Godwin Emefiele announced the RT 200 FX Programme in continuation of his drive to diversify the nation’s revenue base.Not a few gave theprogramme a chance. The initiative was birthed to solve the revenue quagmire occasioned by the volatility of international price of crude oil. Nigeria has been at the mercy of oil price volatility for ages. As one of the topmost seven oil producing nations in the world, Nigeria has had nothing to show for this wealth. Mismanagement of the product also accounted for the woeful state the nation has found itself.

It thus gladdens the heart of many when the Central Bank of Nigeria’s Governor, Godwin Emefiele, early in office started to unveil several financial development initiatives to enhance and diversify the economy as well as the revenue base of Nigeria.

Though there werevisible signs thatthe country’s economy was weak and challenged. It was therefore not a surprise when it slipped into recession shortly after the general elections of 2015.The CBN felt that as a nation we could not continue to thread the path of reliance on one product for sustenance, having touted diversification of the economy for decades. It thusreeled out quite a few developments finance programmes to revive the non-oil sector that once gave Nigeria its enormous wealth. The most popular among the programmes was the Anchor Borrowers’ Programmme (ABP). Without gainsaying, the initiative has recorded landmark achievements in 10 major focal agricultural products, particularly, rice.

In continuation of that objective amid dwindling forex inflow, the COVID-19 pandemic, theRussian-Ukraine war that hascauseddisruption in global food supply chain, crude oil theft, and pervasive corruption in the system, the CBN Governor, GodwinEmefiele once again dug into his well of development initiatives, and introduced RT 200 FX Programme.A follow up policy to the 100-for-100 PPP, designed to complementother intervention programmes in agriculture, manufacturing, aviation, power and health, aimed to keep companies and industries in these sectors and others. The objective was to keep them active, and continue to operate as growing concerns, retain their workforce and contribute to the nation’s Gross Domestic Product (GDP), especially after the outset of the devastating effect of the COVID-19 pandemic that ravaged businesses across board, both locally, and internationally.

RT 200 FX is an initiative to reduce exposure to volatile sources of foreign exchange in other to earn more stable and sustainable inflows. The programme objective among others was to raise $200bn in foreign exchange earnings from non-oil proceeds over the next three to five years. The CBN hinged the programme on non-oil exports proceeds repatriation, and rebate scheme. It was designed to incentivize exporters in the non-oil sector and encourage repatriation and sale of export proceeds into the forex market. The scheme targeted finished, and semi-finished goods. Exporters would be eligible for rebate when export proceeds are sold at the Investors and Exporters’ (I&E) window.

Exporters are to enjoy a rebate of N65 for every dollar of non-oil export proceed sold to third parties through the official foreign exchange market. It is expected to enhance foreign exchange inflow, diversify the sources of forex inflow, increase the export tempo of non-oil contribution to the economy, and importantly, ensure stability and sustainability of foreign exchange inflows. As part of the incentives, the CBN said payment of rebatewould be done on quarterly bases.

Nine months on at the second bi-annual non-oil export summit in Lagos, the CBN Governor, Godwin Emefiele, gave a cheering report on how far the scheme has performed. He said a total of $4.98bn was the total sum thus far repatriated into the country by non-oil exporters in 2022. It represents about 56percent, higher than $3.19 repatriated in 2021. He also said that in keeping to the promise made, a total sum of $1.96bn from the $4.98bn repatriated was paid as rebate to those who qualified for the schemedespite $1.55bn sold at the I & E windowfor their personal usage.

The Governor while giving the scorecard announced that N81bn in rebate was also paid to hardworking Nigerian exporters, a testament to CBN’s commitment to quick acceleration of the export value chain in the country.

Acknowledging the role of the Bank’s partner in progress, the Bankers’ Committee, an organization thathas given the CBN Governor immeasurable support since he assumedoffice, Emefiele said, the collaboration has yielded positive achievements in automation and digitization of the RT 200FX programme. He promised to leverage this partnership with other agencies of government to achieve the desired goal.

It is however an aberration, even globally, seeing a monetary authority in conjunction with its mandatetaking up the role preferred by the fiscal authorities.The CBN has been serially castigated (still is ) for actions taken in the best interest of the country, but what pacifies Nigerians is that Godwin Emefiele has remained unperturbed. Instead of being distracted he keeps churning out programmes that have been sustaining the economy. This is simply because the fiscal authorities have long abdicated their space.

With arrays of fiscal authorities saddled with mandate to drive non-oil products, agriculture, trade, and commerce in the country, it is absurd not to have heard any of them dishing out programmes, or policies to help the economy amid strangulating challenges of insecurity, global inflation, unemployment, flood, power, and energy etc., but always looking unto the CBN for direction. Even the federal government is in a quandary, unable to meet its budgetary provisions.Always relying on both local and foreign loans to fund the budget.TheWays and Means facility enjoyed from the Bank has reached an alarming rate that the IMF and the World Bankhad to callout the CBN to take cautionin its continuous acceding to the federal government requests on borrowing.

RT 200 FX Programme would have performed better, even the Anchor Borrowers’ Programme, if the political climate was devoid of banditry and insecurity, benightednessof constitutionally mandated agenciesin providing economic roadmaps, decayed infrastructure,and corruption. Fuel queues haverefused to disappear in an oil producing country for the past 10 months, and some people are not only keeping their jobs but have remained unsanctioned. Nigerians are often in darkness due to recurring national grid collapse.Industries cannot work due to epileptic power outages and soaring cost of diesel, yet, some people are stillkeeping their jobs.

We may not have the Nigeria of our dream until we chose to elect a credible,patriotic, qualitative, and committed leader who is embarrassed by this economic morass. A leader whoyearns for the nation’s economic development andready to provide leadership,which will be complemented by dedicated and patriotic followership. Nigeria of today,among the comity of nations,does not need rudderless administrators,else the efforts of the Central Bank of Nigeria, and the Bankers’ Committee may come to naught if these challenges are not addressed.

Insecurity is eroding the gains of Anchor Borrowers’ Programme. Kidnapping is scaring away local and foreign investors.Our energetic talented youths are leaving the country in droves – in a Ja’pa phenomenon.Farmers cannot access their farmlands due to insecurity. Infrastructure is in shambles, and crimes and criminality among youths are assuming an alarming dimension, due to joblessness.

As noble as the CBN programmes are, the Bank needs all hands to be on the deck if the objectives are to be realized. The fiscal authorities should be seen designing and running with policies in complementary alliance with the CBN for a better, stronger, and sustainable economy, not standing lost in cluelessness.