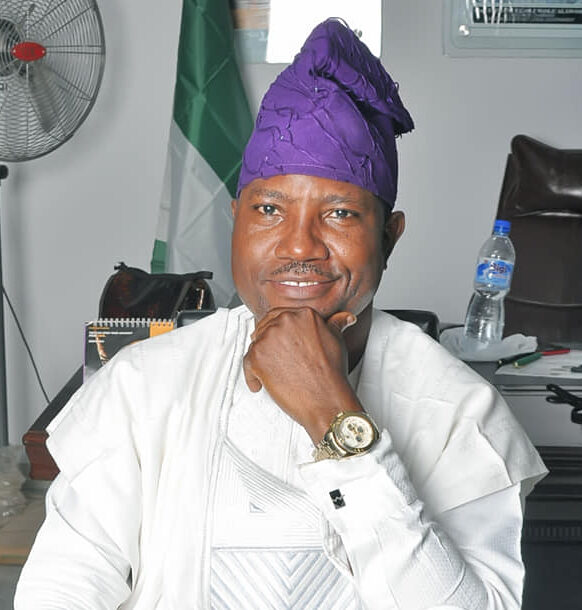 Historically, Ibadan South East Local Government can be described as the cradle of contemporary politics of Ibadan and the political centre of Ibadan with high number of youths which are sometimes used as tools of political violence, these youths can be appropriately described as lumpen because they face unemployment and unemployability; they are mostly male and prone to criminal behaviour, petty theft, drugs peddling, drunkenness and other anti-social tendencies. Honourable Emmanuel Alawode who is vying for the position of the Local Government Chairman shares his passion about reforming the lives of these youths and other plans for development upon election.

Why are you vying for the position of Chairman of Ibadan South East Local Government?

I decided to vie for the position because of my desire to serve humanity. I’ve had this desire even while in the banking sector. I’m someone that is deeply concerned about the welfare of my people back home, I mean my local government. And, it is this strong desire that made me move from a world of certainty to a place of uncertainty. Interestingly, since I made that decision, I’ve been more fulfilled. As a person, money is not really what motivates me. When I was in the banking sector, I was able to use my finances to help few people but I started feeling the need to do better, I do not want to just sit on the fence and watch things happening. I genuinely want to be part of those that tremendously improve the lives of Nigerian citizens.

We’ve outlined programmes that I believe would turn our disadvantages to advantages. Ibadan South East local Government is known to harbor a lot of out of school children and even some youths that pose serious threat to the public. But I thank God because then as a Caretaker Chairman, my team was able to seek the hideout of those guys and began the work of re-orientation. We were able to bring a good number of them out of the path of destruction and re-position them for a brighter future. We believe we would be able to do more upon election. Also I have consulted with the University of Ibadan business School and sought ways which we can proffer solutions to the challenges affecting some of these youths.

We’ve presented our proposal to Geo-hackathon International and we were able to engage some final year students of the University to use Ibadan South East Local Government as a case study and proffer solutions to reforming the unruly youths that are inherent in the local government. It’s a continuous project; we are looking forward to having a good partnership with the Institution. Then, in line with the four cardinal agenda of the present administration. We’ve chosen agriculture as an instrument that would help improve the local government. The local government now has 50 hectares of land at Oleyo, Ibadan. We intend to promote agric–businesses, improve food security of the local government in our own way and in turn improve the Internal Generated Revenue (IGR) of the State. We are passionate about changing the lives of our youths and we intend to use this medium to empower them. We’ve been talking to them, sensitizing them on some of the agric-businesses they can venture into that would be fetching them money and keep them busy. You see, the issue of thugs in the South East Local Government was borne out of poverty and the fact that the past governments did not care for these youths. So, they have grown to become a menace.

Regardless, we do not plan to rule anyone out because these so-called thugs still have life and can still achieve a lot. If we do not show genuine care for these youths, they will continue to pose serious threat to them.  We are also working on securing mentorship for them, we’ve identified entrepreneurs that can help facilitate the businesses of these youths.

We equally intend to touch the lives of our women. We intend to empower them through small scale businesses, provide little funds that would help them begin their businesses.

We’ve been talking about Youths, what about out-of-school children that are within the ages of 5-12?

For those within that age group, we are leveraging on the agenda of the Seyi Makinde administration on education. The Governor is highly particular about education and with his policy on the elimination of levies collected in schools, the number of out of school children within primary and secondary school has reduced. I went round my local government and I could see remarkable changes. What we at the local government level need to do is to ensure proper monitoring for the successful implementation of Government policies on education. Although, in our little way, we are providing uniforms for those that are genuinely indigent and we will provide books. We intend to encourage everyone so that there won’t be any excuse for not going to school.

What is your Plan towards ensuring adequate security in the local Government?

We are collaborating with the security agencies to provide adequate security. Each time I call on them, they usually respond promptly. I’ve had to work with them on few occasions at night to curtail situations. However, I would like to say that when youths are idle, they would do all sorts to feed themselves and seek attention. And, I believe that when more jobs are created, there won’t be much problem on security. The vigilante, OPC are very active and we plan to be more proactive upon election. Also, the Amotekun corps inaugurated by the South-West Governors is highly effective. We intend to work more with all these groups to secure the lives and properties of our people. With our plan, there would be no hiding place for hoodlums in Ibadan South East Local Government.

How would you rate the Seyi Makinde Administration and how would you contribute your own quota to its success?

It’s very easy to rate Engr. Seyi Makinde Administration because everyone can see for themselves. Before now, the economy of Oyo State collapsed, even the past administration could not pay salaries and allowances of some civil servants and government functionaries. Ladoke Akintola University was shut for months because of funds leaving our students idle. But when Engr. Seyi Makinde came on board, these issues were resolved in a matter of months and the State Internal Generated Revenue increased to over forty percent. Even the pensioners that were neglected and regarded as dead now have reasons to be happy. It was really disheartening to see old men and women that have served the State finding it difficult to feed, dying without having access to their retirement benefits. All you need is to walk round the State; you would see that people now have increase purchasing power. Although, the country is experiencing inflation which is something that is federal, I believe that the path that we are treading in Oyo State will lift people out of suffering and overtime, inflation will not affect our economy.