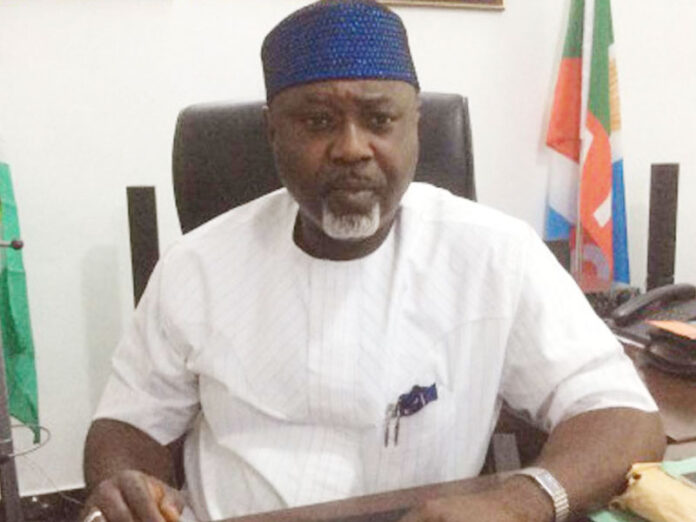 The Managing Director of National Inland Waterways Authority (NIWA) Dr George Moghalu has announced that the authority is making it compulsory for all barge operators to get quality insurance cover that would cover both the barges and the cargoes they carry.

In a media parley on Friday in Lagos, Dr Moghalu revealed that the agency was inundated with complaints from Nigerian importers on the risk of placing their expensive cargoes on the waterways, onboard substandard barges.

In sensitizing boat passengers and boat riders on the use of life jackets and obeying other safety regulations on waterways, he stated that the authority is now involving Churches and Mosques in the campaign to reach more people.

“It is the owner of the cargo that determines where his cargo should go and how it goes there, it is not by compulsion.

“I have had a meeting with the barge operators association of Nigeria, and I have insisted on having quality insurance to cover both the barges and the cargoes.

“These were issues raised by the importers themselves. They said they don’t want a situation whereby they would gamble with their goods after importing them all the way from China and Europe, and upon getting to Nigeria waterways the cargo gets drowned.

“So we have reached an understanding with the barge operators association of Nigeria that we want a reasonable insurance cover for every cargo that would go on the inland waterways and for the vessels themselves to be fully insured so that we can give protection to the importer.

“This is a prime project for us because we want to decongest our ports and ease pressure from the roads,” Moghalu stated.

He disclosed that the agency has approved radio jingles running on local stations in Port Harcourt, Ogun State, Lagos State among others to sensitize boat drivers and passengers apart from physical visits being carried out across riverine communities by the various Area Managers of NIWA.

“In terms of reach, the radio is the best, but at same time, we are using the traditional institutions, the churches and mosques, the clerics, our religious leaders,they all have serious impact on our lives, so we are going to use them to be part of we are doing to sensitize as many people as possible” he said.

During the media interactive session, Dr George Moghalu, warned boat operators to desist from transporting passengers beyond 7.00 p.m. to avoid frequent boat mishaps on the waterways.