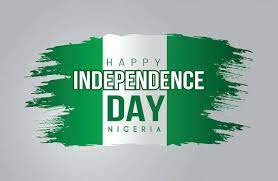 Over the past 62 years, Nigeria’s education has made tremendous progress. It is safe to argue that it is one of the sectors that have recorded the highest level of advancement.

In 1843, the first Primary School was founded in Badagry, Lagos under the name, Nursery of Infant Church. It became St. Thomas Anglican Nursery and Primary School in 1845.

The number of primary schools in Nigeria has grown exponentially since then, particularly after independence in 1960.

Today, Nigeria’s primary education is one of the largest in Africa, with enrolment figures put at several millions of pupils.

The Federal Government has, over the years, initiated several policies to ensure that this foundation of the education system remains strong.

One of the policy measures was the National Primary Education Commission, Etc. Act of 1993 which sought to create a separate body for the management and supervision of primary education.

However, the most robust post-Independence policy on primary education in Nigeria came with the return to civilian rule in 1999 with the creation of Universal Basic Education policy which was later supported by the UBE Act of 2004.

The Act stipulates compulsory basic education for children up to Junior Secondary School, as covered under the 6-3-3-4 system of Education.

The Act also prescribes punishment for parents and guardians who failed to enroll their wards into schools.

The Act has been domesticated at the state level, with the state governments and the Federal Capital Territory (FCT) operating their version of Universal Basic Education Commission under the name State Basic Education Boards (SUBEBs).

But as Nigeria marks its 62nd Independence anniversary, observers say although the primary tier of education has evolved, there remain areas that can be improved upon.

For instance, development partners have expressed worries over the increasing number of children, particularly girls, that are not in school in spite of the UBE Act.

A recent UNESCO report puts the number of children in this category at 20 million. The UN agency said the matter had been aggravated by conflicts in different parts of Nigeria.

However, the Federal Government has faulted the UNESCO figures. Mr Ben Goong, the spokesperson for the Federal Ministry of Education told newsmen recently that Nigerians should disregard the report.

“We use a reliable template with National Population Commission (NPopC) to calculate this in order to arrive at a reliable and acceptable figure,” Goong said.

Whether the figure is right or not, the Federal Government said an independent Nigeria with a solid basic education is achievable.

“In terms of primary school enrolment we want to double it from 46 per cent to 90 percent by 2030. Specifically, focusing on doubling female enrolment,” said Mr Yosola Akinbi Senior Special Adviser to the Vice President on Economic Matters.

As at the end of 2021, Nigeria has 170 universities, a figure that has been spurred by the libralisation of ownership of universities.

The breakdown shows that the Federal Government owns 43 universities, the state governments own 48 of them while 79 of them are private universities.

The polytechnic sub-tier has also witnessed tremendous growth these past years. Yaba College of Technology is credited to be the oldest polytechnic in Nigeria, having started in 1934 as Yaba Higher College.

Although the number of tertiary institutions has grown tremendously, some stakeholders say this has not been matched with the quality of the graduates from these institutions.

The say the progress of the institutions had been hampered by a variety of factors such as under-funding and industrial disputes between workers unions and governments.

The consequence of the challenges are numerous but have been particularly felt in the brain drain syndrome, and in some cases, under-rating of certificates from Nigerian universities by the international community, including in academics.

It has also been felt in ranking of university platforms who have always rated Nigerian universities lowly.

For instance, in the 2022 Times Higher Education ranking, only 6 Nigerian Universities made it into top global 1,200+ universities in research, with University of Ibadan being the highest ranked at between 401-500.

Against this background, Rep. Julius Ihonvbere, chairman, House of Representatives Committee on Basic Education, has urged the federal government to declare a state of emergency on school infrastructure nationwide to boost the quality of education.

He spoke recently in Abuja at a national education summit organised by Human Development Initiatives (HDI), a non-governmental organisation (NGO).

“There is a problem of absence of policy consistency and even when we have good policies. there is very limited follow-up,” he said.

However, the minister of Education, Mr Adamu Adamu said the Federal Government is determined to deliver a tertiary education system that Nigerians will be proud of.

“I wish to urge all stakeholders in the education sector, especially the public tertiary institutions, that the government is determined to ensure that it transforms the entire landscape of our institutions,” he said.