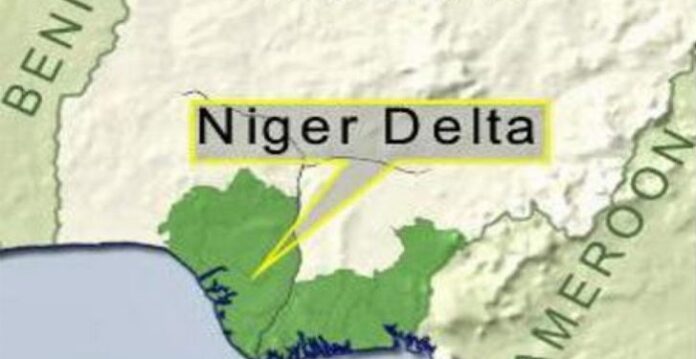 Agitations in Nigeria’s honey-pot region, the Niger-Delta, have been known to be belligerent over time, since oil exploration began to effect its  impacts on the zone. The demands for amnesty in compensation for the degradation of the region’s habitat owing to oil exploration, have been a course of resounding subject. Several perspectives in the clustering issues remain deep seated, though such demand for compensation over harmful impacts of oil exploration which have left debilitating effects on the natural habitats, making a number of local ventures, particularly, agro-fishery related activities rarely possible, remain valid.

The bellicose dimensions of expressing grievances at the height of agitations had witnessed disruptions to oil production which at critical point warranted institutional responses to give impressing solutions to the problems. The creation of a separate Ministry for the Niger Delta with corresponding Agencies, such as the Niger Delta Development Commission (NDDC) were structural architectures developed to address the issues of development deficits in the region. It is apparent that despite the region being the honey-pot, the state of development remains irreconcilable with the yieldings tapped from the region.

The protest against perceived neglect had forced into existence the formation of militant groups who in their attempt to propel attention for demands for amnesty had seen bellicose attacks launched on oil facilities, while in some dimensions the dynamics took the turn of kidnapping expatriates for ransom. At the height of aggression in protest for their demands, blowing up oil facilities had created clogs of inconsistencies that led to the crumbling of oil productivity, bringing the profile of production to the ebb – a development that saw Nigeria’s accruals from oil heading downwards.

Since the struggle was premised on some justifiable grounds laying claims to demands for compensation for the destruction of natural habitats which have almost eroded the possibilities of artisanal occupation as fishing and farming for livelihood, the negotiation for cease fire was more rational for the government to address the grievances. This has moreover been given some institutionalised structural responses by establishing such bodies as the Niger Delta Development Commission (NDDC) in the year 2000 and further still the larger framework of a separate Ministry for the Niger Delta region in September 2008, to see to the development of the region.

Although the need to secure a cease fire was successfully achieved in 2016, it is now apparent that grievances from emerging dynamics are sprouting with threats of resurgence of militant actions.  Recently, new grievances of natives of the region have seen emerging dynamics growing out with threats of resuming aggressive agitations against oil installations – a bad omen that may disrupt oil production. Over the weekend, the Niger Delta Environmental Crusaders, NIDEC, an amalgamated youth movement in the six states of the region, had issued a one-month ultimatum to all multinational oil companies operating in the region to anticipate onslaughts on their operations over environmental degradation and unemployment of youths in the region. In a release issued after a meeting in an undisclosed location in Ekeremor Local Government Area, Bayelsa State, signed by the president of the Crusaders, Comrade Raphael Oweipade, it noted that the action had become necessary after thorough findings of their operations in the region. The statement had read in part: “We have painstakingly traversed the Niger Delta region in our fact-finding voyage and all the multinational oil companies are found wanting; pollution of our environment and unemployment of our youths are phenomenal. We’ve gathered, reasoned together and decided to embark on a swoop against these hardhearted, ravaging companies across the region. We’ve decided to shut their operations and we advised them to remedy the situation before it’s too late.

“We hereby ask the president of Ijaw Nation Congress (INC) and leader of the Conference of President-Generals of Niger Delta Ethnic Nationalities, CPGNDEN, Prof. Benjamin Ogele Okaba, to talk to these companies to do the needful within one month of this publication. This is because we will be unstoppable when we’re forced to carry out our actions against these companies and it seems necessary we respectfully ask you to help us talk to them while there’s a little time for dialogue. A word is enough for the wise, we’re positioned in all states of the region, patiently waiting for a response from you and these callous oil extractors in our domains,” the threat statement had read.

Last November, 2021, resurfacing of  militant action wore an aggressive look as a militant group owned responsibility for blowing up a oil facility operated by the Nigeria Agip Oil Company (NAOC) in Ogba-Egbema-Andoni Local Government Area of Rivers State. The new militant group in the Niger Delta region under the aegis of Bayan-Men which blew up the oil well, OB5, (Obiavu-5) had claimed their action was triggered by an alleged failure of NAOC to deal directly with their host communities. Last June, a group of militants known to be responsible for aggressive attacks on Nigeria’s oil infrastructure — the Niger Delta Avengers (NDA) — had vowed to resume bombing of oil installations across the Niger-Delta region to protest what it described as the government’s neglect of the region. In a statement published on its website on June 26, the group had said, “This operation shall be coded ‘Operation Humble’ aimed at bringing down targeted oil installations in the Niger Delta capable of humbling the economy into permanent recession.”

Thinking of disruptions to oil production in the Country is largely undesirable, particularly, at a time the Country is suffering the brunt of shortfalls in revenue. To the degree of its undesirability, the Country risks huge strains which may further deepen the crises the economy is presently enmeshed in. That the Country is still largely a monocultural oil dependent economy, having over 75percent of its revenue base from oil proceeds is much resounding. While the call for diversification have been vociferous, the fact that the prospective sectors presumed for diversification are still too inefficient and less-productive for what the economy can spread its rest upon, is still very strong in view.

Hence, as the government strives to structure other sectors in shape for the desideratum, oil still remains the mainstay, and a disruption to its output would only be catastrophic to the nation’s economy. Thus, it is only rational that while efforts are ongoing to fortify other sectors for diversification, keeping the working structures of the oil sector in tune remains sacrosanct, while developing and modifying the fabrics of same as new dynamics surface is pertinent.

It therefore behooves the government, since no ready alternative is handy to displace or overrun the position of oil, to coordinate measures to address the emerging strains, such as those bordering on resurging agitations capable of disrupting the production of oil in the corresponding region where the explorations take place. This is just as it is important to place keen attention to emerging realities in the oil sector to move the sector in line with changing global realities as time counts. This is essential for the Government to place the Country at a vantage edge of proactivity, not to be cut in the nearest future in a shock that may discomfit the Country’s economy.