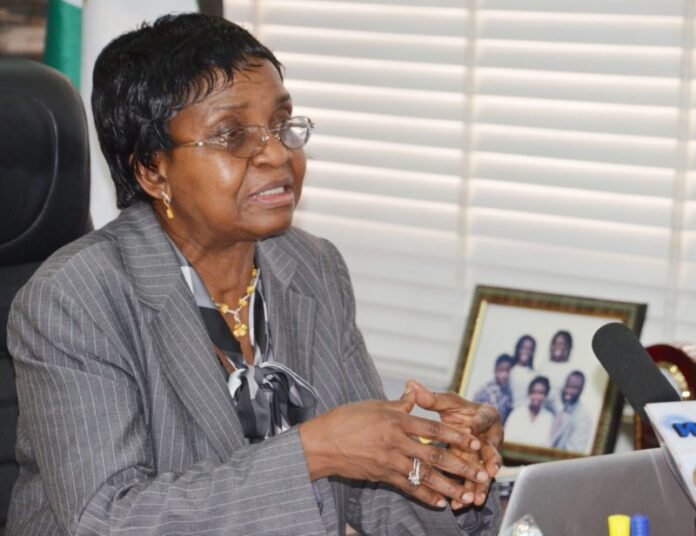 National Agency for Food and Drug Administration and Control, NAFDAC has warned Nigerians to desist from using unauthorized cosmetics and dangerous chemicals for bleaching of the skin to enhance their beauty.

The Director General, Prof. Mojisola Adeyeye gave the admonition over the weekend at the brainstorming session during the two-day retreat by the Agencys Top Management Committee (TMC) in Lagos.

In a statement signed by the Resident Media Consultant to NAFDAC, Sayo Akintola, in Lagos on Sunday, Prof. Adeyeye expressed shock in the proliferation of beauticians engaged in formulation of unauthorized chemicals with the intention of applying them on their unsuspecting clients.

According to the NAFDAC boss, majority of Spa outlets in the nations cosmopolitan cities are culpable of this unhealthy practice of mixing chemicals and natural products like pawpaw, carrot, etc to make creams, for the clients use.

She added that these are thereafter packaged, labeled, and sold online to clients. She lamented that the Spa owners have gone further to influence some clinics with medical doctors joining to carry out these nefarious activities which has advanced to include injected substances vitamin C infusion and glutathione on clients.

Explaining further, she stated that the challenge in the enforcement of the Agencys safety regulations on bleaching agents at spas and other beauty parlors is that the products are prepared extemporaneously and covertly for individual clients and therefore, rarely can you see the offending products on the shelves of these facilities.

Notwithstanding, she warned that this practice must stop as anyone apprehended by the Agency would be prosecuted and jailed if convicted.

She disclosed that most of the products used in these mixes are smuggled into the country and are unregistered, citing formulations containing Kojic Acid, and Hydroquinone that are above their permissible limits in the formulations and therefore at risk of causing harm.

She pointed out that it was for the same safety reason that the use of mercury was banned in cosmetics.

Prof. Adeyeye said, “We don’t just ban products because they are bleaching agents but are prohibited because of safety issues surrounding particular ingredients in the products as they could cause skin cancer as well as damage the liver and kidney. She strongly highlighted the fact that the lightening of skin today could be cancer tomorrow.”

She noted that many of the importers smuggle the products into the country under the guise of Global listing to bypass NAFDAC inspection, adding that bleaching has become a pandemic amongst both women and their male counterparts.

She further disclosed that the Agency is on the heels of some people who engaged in online sales of dangerous unauthorized cosmetics and other products, adding that the Investigation and Enforcement Directorate of NAFDAC has been given the directive to apprehend merchants of these dangerous products and bring them to book. In closing, she emphasized the point that the Agency is not against the use of cosmetics insisting however, that they must be regulated and confirmed safe for human use.

She highlighted that the Agency must uphold its mandate of citizens protection, by ensuring that the quality and safety of goods produced internally and imported into the country go through processes that meet global best practices.