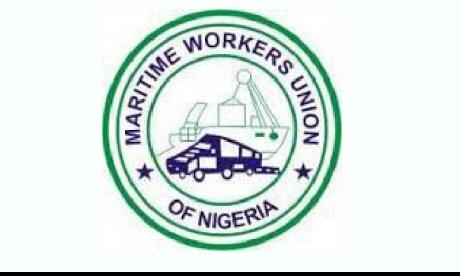 The Maritime Workers Union of Nigeria ((MWUN) has threatened to withdraw their services from the nation’s seaports if the dilapidated quay walls at the Tin Can Island and Port Harcourt ports are not given required and urgent attention.

This is coming barely five weeks after the Minister of Transportation, Muazu Sambo inspected the dilapidated portion of the ports.

Speaking in Lagos on Friday on the sideline of a joint press conference organised by the union and the National Road Transport Owners Association (NARTO) President General of MWUN, Comrade Adewale Adeyanju, bemoaned the dilapidated state of the quay walls, which he said is putting the lives of workers at the affected terminals at risk.

Adeyanju called on the Nigerian Ports Authority (NPA) to ensure that necessary measures are put in place to fix the dilapidated infrastructure as the union can no longer fold its hands and allow the situation to deteriorate further before protesting.

He said, “It is unfortunate that this kind of thing is happening. If you go to Port Harcourt, Warri port we are having the same problem. So we are using  this medium to appeal to the management of Nigerian Ports Authority (NPA) to make sure that all the terminal operators, because they are the ones they gave the job to manage to ensure that the right thing is done or sanction those who refuse to make their terminal safe for the workers otherwise we might withdraw the service of our members as a result of that because the lives of the workers is no longer safe and injury to one is injury to all.”

Meanwhile the union and NARTO have reaffirmed their commitment to deepen collaboration with a  view to ensuring free flow of traffic to ease cargo and vehicular movement in and out of the port.

Speaking, Adeyanju said the collaboration between both parties will also ensure improved welfare for truck drivers and reduce cases of extortion along the port access roads.

According to him, the partnership would not involve collection of toll along the port access roads as both parties have resolved to key into the ETO project  of NPA.

“The essence of this collaboration is to support a good programme birthed by NPA – ETO. We are also going to work with other like minds stakeholders in the port so that we can have free flow of traffic on the road.

“I’m also using this opportunity to send a signal to our members that we should not go against the MoU because it is binding on both parties. We must also ensure discipline and eschew thuggery and extortion along the port access roads,” he said.

Adeyanju also called on the Port Standing Task team of the Nigerian Shippers’ Council (NSC) to extend its operation to Berger, Kirikiri/ Mile 2 axis just as he pledged the support of the union and NARTO in restoring sanity to the area.

He said the collaboration between both parties will also be extended to other  ports including Warri, Calabar and Port Harcourt  ports. Earlier, the President of NARTO, Muhammed Othman, called on both parties involved to remain committed to the task ahead to ensure seamless port environment.

“We have signed the MoU now the major task is for us to commence operation and for those operations, we need a lot of energy, commitment  and sincerity.

“We cannot achieve success without commitment and honesty. So, I’m calling on everyone of us here to do their best so that we have a hitch free operation and free flow of traffic,” he said.

Afrinvest Asset Management gets A3 rating from GCR, Agusto & Co. assigns A-