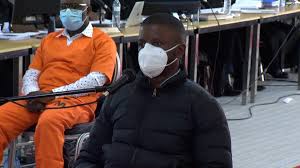 A Mozambican court on Wednesday sentenced the son of Mozambique’s ex-president Armando Guebuza to 12 years in jail.

This is following a vast corruption scandal in which the government unleashed financial havoc by trying to conceal huge debts.

“The crimes committed have brought consequences whose effects will last for generations,” said Judge Efigenio Baptista who found Ndambi Guebuza guilty of embezzlement, money laundering and criminal association, in a scandal that arose after state-owned companies in the impoverished country illicitly borrowed $2billion between 2013 and 2014.