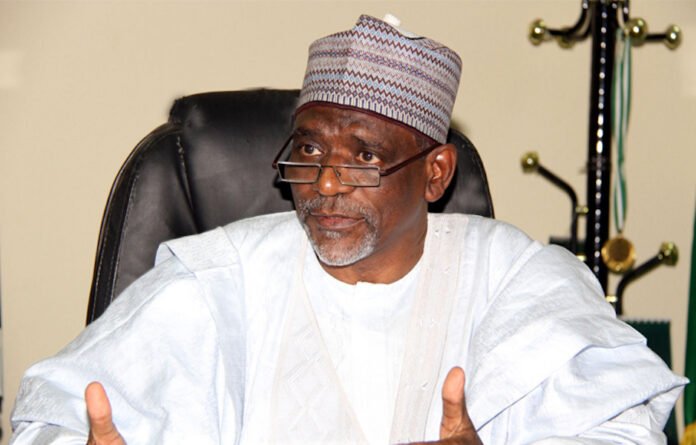 The Federal Government has approved a new National Language Policy which makes the mother tongue a compulsory medium of instruction in primary schools.

The Minister of Education, Adamu Adamu, revealed this to State House correspondents after the Federal Executive Council meeting presided over by President Muhammadu Buhari at the Presidential Villa.

According to him, the mother tongue will be used exclusively for the first six years of education while it will be combined with the English language at the level of Junior Secondary School.

Adamu noted that though the policy has officially taken effect, it will only be fully implemented when the government develops instructional materials, and qualified teachers are engaged.

He said the mother tongue to be used in each school will be the dominant language spoken by the community where such school is located.

The minister stated that one of the reasons why government has come up with such policy is the intent on preserving cultures as well as their peculiar idiosyncrasies, lamenting that so much has been lost due to the extinction of some local languages. He assured that all Nigerian languages are equal and will be treated as such in implementing the policy.

Although there is overwhelming evidence that children learn best in and through a language they understand well, millions of children around the world are educated in a different language. In fact, the majority of schools offer instruction only in one language. Frequently this is the dominant language of the country. This may not be the majority language spoken in the community at all. In the case of former colonies, it is usually the language of the former colonial power, for example English, as we have it in Nigeria, French, Arabic, Dutch, Portuguese and Spanish. These are all languages that young children may hear for the first time when they enter school.

The Nigerian Publishers Association (NPA), as well as individuals and corporate bodies have commended the federal government for the new education policy, saying it is timely and a way to advance the education sector.

NPA believes that the policy is in tune with the association’s calls for the adoption of indigenous language in the teaching of science in primary and secondary schools, even the tertiary institution as a sure way of raising the bar of teaching and learning as well as promotion of mother tongue.

In a statement signed by the association’s President and Chairman-in-Council, Dr. Uchenna Cyril Anioke mentioned that with this singular move, the country will be on its way to joining global powers who have advanced in science and tech, as well as medicine as the pupils will assimilate better in mother tongue than in English which is a borrowed language.

While buttressing his point, he cited the example of North Korea which according to him is becoming the world’s strongest nuclear force, saying that they hardly write in English language but in their local language, where they hide their ideas and innovation from those who do not understand their language.

“There is abundant evidence to show that nations who teach and publish books in their local languages are advantageously positioned than those who rely entirely in English language. India which today has become a choice place for medicine, teaches and publishes more in the mother tongue than English language.

One of the major challenges in teaching mother tongue based education in terms of reading is the lack of instructional materials. There are limited reading materials for students to develop their reading skills. The issue is that students have difficulty in understanding some words they are not familiar with.

Another major constraint on the implementation of the Language Policy is the unavailability of resources, including human resources, funding, facilities, materials and books.

Meanwhile, the challenges which hinder the implementation of the policy could be grouped into four significant themes: multilingual environment, difficulty in translation, inadequacy of instructional materials, and mandatory compliance to the Department of Education (DepEd) order.

The most common reason is transfer or interference from the mother tongue. Generally, errors made in pronunciation are due to difference in the sound system and spelling symbols between the mother tongue and English. As a regular practice, the teacher is seen as a model for correct speaking in class.

Children learn better and faster in a language they can understand (preventing delays in learning) They enjoy school more, they feel more at home. Pupils tend to show increased self-esteem. Parents participation is increased.

The practice of punishing children for speaking a language other than the school language in the school premises or at the school playing fields, has deep historical roots. Children have been beaten, placed outside the classroom, or forced to wash out their mouths and copy lines when they were ‘caught’ speaking their home languages.  These practices continue today in many countries. Often, policy makers, school leaders, teachers and also parents believe it is best for a child to stop using their mother tongue in order to do well at school. Research shows that the opposite is true – children learn better and faster when they are able to build on their home languages, and also,  restricting and punishing children is harmful.

In 2021, the United Nations Committee on Racial Discrimination (CERD), which supervises the United Nations Convention on the Eliminations of All Forms of Racial Discrimination, expressed its concerns that children with a migrant or minority background were restricted or prohibited from using their home language in Dutch schools. The Committee called on the Dutch government to ensure that these practices no longer take place and that multilingual education is included in teacher training programme.

Fortunately, there are schools offering multilingual education programmes that aim at teaching children another language at no expense to their home language. In such programmes, equal importance is given to learning in and through both languages and children learn how to take full advantage of their multilingualism and multiliteracy.

What about schools with many different languages?

Because of migration and globalization it is not rare to find classrooms where ten or more different languages are spoken by the students. In these situations, it would be practically difficult (although not impossible) to provide a full blown bilingual education programme for each student. But rather than ignoring all the languages and opt for one language only, teachers can still create a welcoming environment where all languages are valued. Students can be provided opportunities to use their home languages in the classrooms, for example by allowing them to make homework assignments in their mother tongue (and providing translation) or by collaborating with peer students who speak the same language. This practice is also called translanguaging and is offered in many Language Friendly Schools.

There is not one model that fits all contexts in which multilingual children are learning and which meets all of their learning needs. Mother tongue and multilingual education take many forms and each school and each community should determine what works best for them. In general, however, the longer a child is able to learn in and through his or her mother tongue(s), the greater the educational benefits that can be expected.

The benefits associated with an education that takes into account children’s mother tongues include:

Children learn better and faster in a language they can understand (preventing delays in learning), they enjoy school more, they feel more at home, pupils tend to show increased self-esteem, parents participation is increased, parents can help with homework and can participate in school activities.

When children take advantage of their multilingualism they may enjoy higher socioeconomic status, including higher earnings. On the average, the schools perform better, reporting less repetition and less drop-out.

Now that the government has agreed that instructions for the first six years in primary schools will be in the mother tongue, in principle, it has been agreed. But, in implementing, it will require a lot of work to develop materials to teach and get the teachers and so on.

Considering the challenges of ethnic bias and multi-eligion beliefs in election of political leaders which has further divided Nigeria, therefore to promote unity of Nigeria, implementation of  this  policy should be put on hold.